Prepare for trouble, and make it double.

Our favorite “Pokémon” duo, Ash Ketchum and Pikachu, are back at it again with a new television series. “Pokemon Journeys: The Series” follows Ash and Pikachu as they explore the world, literally. They are given the task by Professor Cerise to become official Pokemon research fellows to uncover the mysteries of Pokemon; this task entails collecting information on Pokemon from all the different regions of the globe. They are joined by another research fellow, Goh, who is committed to catching every single Pokemon including the legendary cutie, Mew. The trailer for the new show just dropped today on the series’ YouTube account.

“Pokemon,” short for “pocket monsters,” is the highest-grossing media franchise to date. It was originally created by Satoshi Tajiri and Ken Sugimori, inspired by Tajiri’s insect-collecting hobby. “Pokemon” first started out with “Pokemon Red” and “Pokemon Blue,” which were video games for the Game Boy system. It soon developed into a hit anime television series that now spans over a thousand episodes.

The series is set to premiere on June 12 on Netflix. You can watch the trailer here. 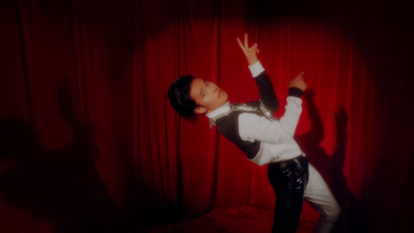 Chinese American musician Will Jay is back with a bang. The music video for Jay’s new song, “Married to the Music,” starts out with soft blue lighting in a […]