The boxing world may be still be collectively deflated after Manny Pacquiao and Floyd Mayweather Jr. spent their time in the ring hugging it out two weeks ago, but there are other dynamic boxers to watch—perhaps most notably, Gennady “Triple G” Golovkin.

The 33-year-old Kazakhstan native, who was born to a Russian father and Korean mother, is considered to be one of the best boxers in the world, pound-for-pound, and his line backs it up: 32 wins, no losses, with 29 KOs (at 90.1 percent, the highest knockout percentage in middleweight championship history). By the way, Golovkin is on a streak of 19 straight KOs going into his match Saturday evening at The Forum in Inglewood, Calif. against Willie Monroe Jr. (19-1, 6 KOs).

One problem Golovkin has faced in his career is that other boxers aren’t too fond of facing his “nuclear right hand,” as aptly put by The Guardian. His goal is to take on the best middleweights—including Puerto Rican Miguel Cotto, Mexican Canelo Alvarez and American Peter Quillin—and cement his own legacy.

As for Pacquiao and Mayweather (also middleweights), the former is out for a while after undergoing shoulder surgery. When asked about Mayweather during a practice session yesterday, Golovkin smiled and said, “Ask Mayweather if he is ready for me.”

Golovkin moved to Santa Monica with his wife and child last year, and California has accepted him quickly. No other boxer has sold more tickets in the state in the last two years than Triple G.

The World Boxing Association (WBA) Middleweight Super Championship will be broadcast on HBO at 10 p.m. ET/PT. 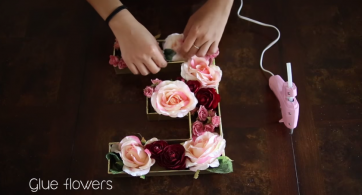 It’s that time of year again! Caps are being thrown up in the air and students are drowning in candy leis. Yup, it’s finally graduation season. While there […]