Now, I’m not exactly a germaphobe, but I do get quite disgusted when I see people in public that sneeze without covering their mouth or leave the restroom without washing their hands. Don’t even get me started with those food pickers at the buffet line. Unfortunately, the worst area to contract yucky germs is when you’re stuck in an airplane cabin, breathing air that is essentially being recycled by you and the other passengers. Bacteria found in the common cold, e.coli and listeria have all been found in airplanes.

Thankfully, this may soon change! Vancouver high school student, Raymond Wang, recently shared his invention at the Intel Science and Engineering Fair. According to MNN.com, Wang’s invention would improve and produce fresh air flow by nearly 200% and decrease airborne germs by 55% in an airplane cabin. His inspiration for research came from the scary Ebola outbreak from last fall as well as the shocking statistic he found from the Centers of Disease Control and Prevention: “If a passenger has a disease such as H1N1 and walks into a plane’s cabin, he has the potential to spread the disease to as many as 17 other passengers on the flight.”

A project that would help promote clean air sounds like quite expensive, but it’s not! Wang’s prototype only cost him $10 to create and he estimates that it would cost $1, 000 to update an entire plane and it can be installed quickly. The airplane will be able to produce a clean airflow the very next day.

Wang has already applied for a patent on his currently unnamed invention. Fingers crossed, we will soon be breathing comfortably while traveling! In the mean time, we should all be extra careful and courteous about washing our hands and staying clean. 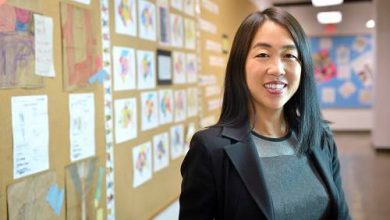 by JAMES S. KIM | @james_s_kim editor@charactermedia.com Los Angeles wasn’t the only city this week to see a Korean American elected into a city council position. Philadelphia saw a […]