“I wanted to be a social worker,” says Sokha Chen, “but now I’ve decided I would rather study business so that I can set up a nongovernmental organization to help the people at the Stung Meanchey garbage dump.”

The 20-year-old pauses for a moment and then continues. “I’m in the scholarship program at Zaman [an exclusive private school in Phnom Penh] because I want to study in America. The education system there is much better than it is in Cambodia. I would be able to improve my English, learn about the culture and meet different people.”

Just a dozen years ago, such a dream would have been unthinkable to Chen. In a developing country like Cambodia, where poverty is rampant, education limited and women’s rights hardly a priority, an orphan like Chen most likely would not have survived, much less dreamed of an education in the U.S. But this is Chen’s reality today. After all, she’s already met First Lady Michelle Obama and the Clintons.

Chen was born in the provinces of Cambodia where life is about subsistence farming and eking out a living as best as one can. When Chen was a little girl, her mother passed away; her father died soon thereafter. Orphaned with her siblings – a brother and two sisters – Chen struggled to survive. After three years doing grueling work at her uncle’s farm, she and her sisters left for Phnom Penh. There, they had no choice but to become scavengers – people who go through the garbage to collect plastic, tin and cardboard to sell to recycling operations – and lived at the infamous Stung Meanchey garbage dump, the largest landfill in the country, as squatters. Chen and her older sister took turns working at the dump, from dawn to twilight, for 50 cents a day, and watching their younger sister.

In 2007, when Chen was 13, she happened to meet the organizers of A New Day Cambodia (ANDC), a Chicago-based residential NGO that takes children out of the dump and into school. The agreement was simple: they would look after her and her sisters, and the girls would study.

“When I arrived at ANDC, it was overwhelming,” remembers Chen. “I had never seen such big buildings. And there was as much food as you wanted to eat. Everything was so clean. I couldn’t believe how lucky I was to have such an opportunity.”

Chen delved into learning. She studied Khmer in the mornings and English in the afternoons. Apsara, the traditional Khmer dance featuring stylized movements and intricate hand gestures, became her passion. Chen went from being a 13-year-old garbage girl to one who can not only read and write Khmer but speak English fluently and even some basic Turkish, which she learned for a school trip to Istanbul. She was soon awarded a partial scholarship to Zaman International School, one of the most prestigious schools in Cambodia.

In 2011, Chen was invited to perform an apsara dance and give a short speech at the Women in the World Conference, put on by Newsweek and The Daily Beast, in New York City. Her performance, which ended the conference, prompted then Newsweek Editor-in-Chief Tina Brown to say in her closing remarks, “That last sight – of Sokha Chen dancing – may have been the most moving thing of all.” In addition to meeting Bill and Hillary Clinton and other luminaries (Korean American journalist Juju Chang introduced Chen’s apsara dance performance), Chen was invited to the White House where she met First Lady Michelle Obama. “I couldn’t quite believe it,” she remembers. “Michelle Obama is someone I admire very much.

“The city was amazing. It was so busy, and everyone moved so quickly,” continues Chen. “The trip to America really opened my eyes.” She realized that there was another world out there and that she wanted to study in America. “I am going to work very hard so I can get the funds to study abroad. Besides getting a better quality education than what is available in Cambodia, I will develop the skills and the understanding of how to set up an NGO properly. Living in another culture may be a challenge at first, but I will adapt.”

Most recently, Chen was featured in the 2013 CNN documentary film Girl Rising, helmed by Academy Award-nominated director Richard E. Robbins. From a child bride in Afghanistan to the Pakistani activist Malala Yousafzai, the film features the accomplishments of nine girls and young women from various countries who are breaking through their circumstances. An A-list cast of narrators range from Meryl Streep and Selena Gomez to Freida Pinto and Priyanka Chopra. Chen was the first person selected for the film.

“When they first started to shoot the film, I was very nervous,” admits Chen. “Then I got used to being in front of the camera and it didn’t bother me. It almost started to feel natural.”

The confidence Chen has gained both from the film and from her education is evident. Today, she speaks to groups and gives speeches at events. She stands proudly and radiates a quiet determination. Hailed as a role model, Chen wants to tell other girls and young women from seemingly insurmountable situations: “Never give up. It is important to keep trying until you succeed. It may be scary at first, so take a friend with you and approach NGOs who may be able to help you. There are people out there, but you have to go and find them.”

Chen is aware that she is very fortunate and has already started to pay it forward by helping other students with English and teaching them apsara. In spite of her accomplishments, she never forgets where she came from, and she is determined to help as many people as she can to break the cycle of poverty.

“Education totally changed my life,” says Chen. “When I was a garbage girl, I didn’t have the money to go to school, not even a local public one, because I would have still needed to buy books and uniforms. Now a whole new life has opened up for me.”

This story was originally published in our Fall 2014 issue. Get your copy here. 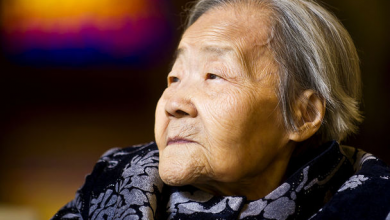