After a long wait, “Bleach” is finally getting the ending it deserves. “Weekly Shonen Jump” has confirmed in a Twitter post that the “Thousand-Year Blood War” arc will finally be receiving its overdue anime adaptation.

Created by artist Tite Kubo, “Bleach” follows the story of Ichigo Kurosaki, a high school student who obtains the powers of a soul reaper and sets out to fight evil alongside his friends. The anime and manga series is full of wicked sword-fighting action and hilarious jokes left and right. The anime originally ran in 2004 and went off air in 2012 before its final arc.

The details were originally set to release during the “Bleach” 20th Anniversary Project and Tite Kubo New Work Presentation at AnimeJapan 2020. However, the cancellation of the event due to the effects of COVID-19 means that the announcement is moving onto a livestream platform instead.

Kubo will take part in the presentation and unveil his new project, “Burn the Witch,” which is set to serialize in “Weekly Shonen Jump” this summer. The livestream already has a countdown date to March 21st (Mar. 20 5:45 PST). 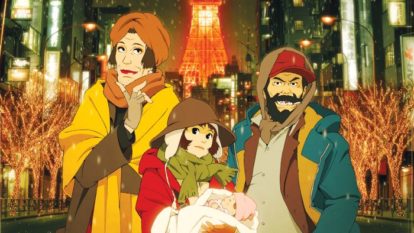 On a frosty night during Christmas Eve in Tokyo, Japan, snow gently falls on a makeshift shack situated in the middle of a public park. Inside the cramped but […]