Get ready for another heatwave, folks, because “Single’s Inferno” is officially on for another season.

Last winter, “Single’s Inferno” captured the world’s attention with its premiere. Now, Netflix officially announced yesterday, April 11, that the South Korean dating show is returning for another installment with an all-new cast. “Single’s Inferno” graced the streaming platform’s Global Top 10 list (Non-English TV list) throughout its run and climbed to the fourth-highest spot on the charts at the height of the series’ popularity. Fans worldwide eagerly tuned in each week to watch a batch of attractive singles couple up to leave the “Inferno,” a desert island in South Korea, to spend a night filled with luxury and romance in “Paradise.”

Fans of the first season can rest easy knowing that most of the original creative production staff are returning for the second season, including Kim Na-hyun and Kim Jae-won. The collaboration between Netflix and Korean TV channel JTBC will also have Ji Hyun-sook and Lee Jeong-hwa directing and Kim Su-a as a producer.

Netflix press statements have promised that season 2 will only turn up the heat, with even more passionate and exciting moments between a new group of hopeful singles as they search for love and an escape from the Inferno. While no release date has been announced yet, fans of “Single’s Inferno” can watch the teaser below and follow the series on Instagram for the latest updates! 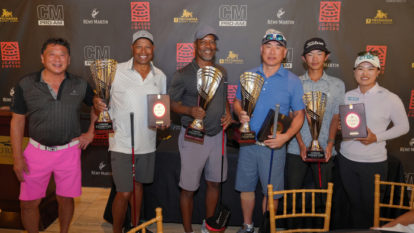 This year’s tournament took place at the Journey Golf Course on April 5 and saw close competition between several teams of players.