Los Angeles, CA (May 1, 2019) – The publishers of Kore Asian Media, the long-running online platform and print magazine that has become the entertainment bible for Asian Americans, will relaunch as Character Media this month. The new magazine will continue publishing 10x/annually and will feature a diverse cross section of Asians and Asian Americans driving entertainment and pop culture—from K-pop sensations to independent film directors, and everyone in between.

“There is more cultural representation in Hollywood and across mainstream media since we started publishing the magazine for the Korean American community back in 1991. It’s been both rewarding and validating,” said James Ryu, who founded what is now Character Media as the Koream Journal, as well as Audrey Magazine, the women’s spinoff, and remains Character Media’s publisher. “For every Mindy Kaling and John Cho, though, there’s someone else paying their dues. That’s why we see Character as a much-needed platform to celebrate the many talented artists and creators of Asian descent.”

Character Media will continue to be the source of emerging talent and household names on the US and international Asia Pacific entertainment scene. In the debut issue, launching in time for Asian Pacific Heritage Month, Daniel Dae Kim, a leading man in TV, an executive producer of hit network shows and a huge supporter of emerging Asian American storytelling talent, graces the cover, with Mark Dacascos, Ally Maki and the cast of Warrior all profiled in-book.

With the box office success of Crazy Rich Asians and the growing popularity of BTS and K-pop, this is clearly a moment to celebrate. As the fastest-growing ethnic population in the US and the highest income group of any other ethnic group, Asian American purchasing power is difficult for marketers to ignore.

Why the name, Character?

“Character has so much meaning and significance. On the one hand, it means a person in a story, movie or TV show, which is perfect because we cover Asian American storytellers. Also, the word ‘character’ can be defined as a logogram, a letter that can be used in different Asian languages. But most importantly, character is the mark of a good person. When you’ve survived hardship and struggle, you develop character,” said Ryu. 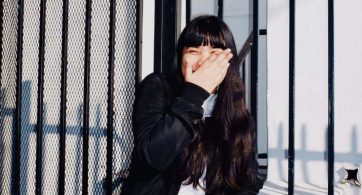 In one of the most iconic movie scenes from the late ’90s, Fa Mulan hides away under the cover of night and plans to take her father’s place in […]