How about another round of applause for these K-pop stars?

The sensational K-pop girl group (G)I-DLE broke personal records by accumulating over 700,000 stock pre-orders for their fifth mini-album “I love,” which has landed on the Billboard 200 Chart after its release last month. The five-member girl group first forayed into the western mainstream back in March of 2022 with their first full album “I Never Die,” which topped the iTunes charts in 24 countries and placed 58th on Billboard Global 200.

Since its release two weeks ago, (G)I-DLE has amassed nearly 100 million views so far for their song’s latest music video. “Nxde” (pronounced nude) is an alternative pop jam that exhibits the stark reality of idol-hood. The music video combines animated visuals and occasional black and white frames that emulate the feel of old Hollywood glamor, as the girl group depicts both vintage and modern movie stars on their journey to finding their true selves.

“I love” features three visual concepts, as illuminated in a press release, consisting of “Act,” which portrays the double-sided nature of love, while “Born” takes influences from Marilyn Monroe; lastly, “X-File,” which the title track falls under, showcases the true nature of fame. The mini album presents an exciting variation of rock, pop, (and alternative/indie pop), and each of the six tracks portrays various types of love, whether it be empowered self-love or a burning romance.

The music video for “Nxde” is now available on (G)I-DLE’s official YouTube channel and their “I love” album is available across all streaming platforms. 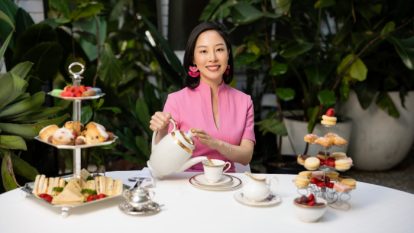