Joji just became the latest artist to bless us with new music during quaran-time. Together with a music video for his new single, “Gimme Love,” George Kusunoki Miller also announced his second album, “Nectar,” which will come out on July 10.

“Gimme Love,” which dropped on April 16, answers the questions that audiences might have after watching Miller’s previous single, “Run.” In his newest video, Miller goes from being an enthusiastic but underappreciated student to a clever engineer, who mischievously pulls off a space conquest. “Gimme Love” starts off with an upbeat instrumental, but slowly fades into a sad ballad as Miller sings, “Everyone’s looking for someone to hold / But I can’t let you go.”

The music video landed in the top 20 on YouTube’s trending list after only two days, marking a successful directorial breakthrough for the Japanese musician. Miller has come a long way, from being a YouTube personality to an internationally recognized star, who recently had his TV debut on “The Tonight Show Starring Jimmy Fallon.” While we wait for Miller to safely promote his music and go on tour again, let’s watch “Gimme Love” here. 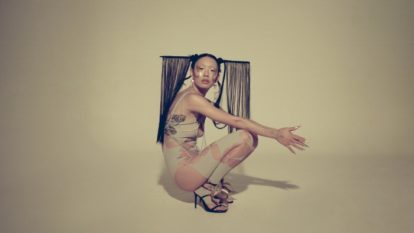 Although social distancing and shelter-at-home ordinances have postponed her tour, Rina Sawayama is still releasing her debut album, “SAWAYAMA,” on April 17. Fans of the YouTube playlist “Rina TV” […]