When Aaron Choi first saw the little plot of land in San Diego County that would become his family’s farm, he realized he would have to arm up for battle. In front of him was a seemingly endless field of dusty-leafed, thin-stalked plants and something that looked like three-leaf clovers. Choi rolled up his sleeves and started pulling. After days of sweating in the scorching Californian sun, piles of dead plants all around him, he did the unimaginable: He put one in his mouth. Much to his surprise, he didn’t immediately keel over, foaming at the mouth. Plus, he didn’t hate it. He was in love.

“I picked some and put it in a bowl to show my parents, and my mom was like, ‘Oh, yeah, we eat that stuff all the time,’” Choi said. “She even told me the Korean word for it: myeongaju. And I was like, ‘What! Wait a minute. We eat this stuff?!’”

Choi suddenly realized he didn’t have a weed problem on his hands, but a harvest of lambsquarters (sometimes called the prince of wild greens) and wood sorrel (a tiny, pleasantly tart, three-leafed plant).

“I just thought, ‘Why are we waging war against something this delicious and nutritious?’” Choi said. “Companies like Monsanto spend billions of dollars trying to eradicate these things and just fail miserably at it. Why not just eat it?”

Choi is the owner of Girl & Dug Farms, which has grown from that small plot into a 60-acre hydroponic, greenhouse-based farming operation. With his vertically grown, water-conscious set up, he produces a yield equivalent to a conventionally farmed 300-acre piece of land. The chefs of some of L.A.’s top restaurants, like Native, n/naka, Somni and Dialogue, are enchanted with his quality, specialty produce. While he thinks veggies like broccoli, beets and kale are all fine and dandy, Choi is more interested in the rare, uncommon and downright wacky vegetables. “Go through the whole gamut of any produce aisle in any supermarket and everything is great,” Choi said. “They’re flavorful, super good to eat; but it’s all the same thing, y’know?”

Girl & Dug was generations in the making. Choi’s parents immigrated to the U.S. from a suburb of Seoul in 1987 and opened a popular fresh-cut flower shop specializing in funeral arrangements. In 2005, they decided to buy eight acres for flowers but ended up growing Korean cucumbers and sesame leaves instead. “Those two did so well with those vegetables that they never really looked back,” Choi said. “The closest thing we’ve come to [growing] fresh-cut flowers is edible flowers that we’ve been planting for restaurants.”

Choi didn’t get involved until about four years after his parents bought the farm. After graduating from UCLA with a B.S. in molecular biology, Choi envisioned himself going into academia to study theology, but felt a responsibility to come back home to help his family. Now, Choi grows and sells everything from kindergreens to tangy, sweet jade tomatoes to oca (a delicious but notoriously finicky tuber).

Though timid diners may feel intimidated by the prospect of feasting on unusual veggies at first, chefs like Jeremy Fox of Santa Monica’s Rustic Canyon work with Choi to turn his harvests into creative dishes that will appeal to even the most discerning of taste buds. Through the power of brilliantly crafted meals, Choi hopes that obscure produce will become more accessible to the casual eater.

“What I love is the discovery,” Choi said. “What one culture might call a staple, another might call a weed. We as a people are woefully ignorant of all the crazy wonderful things that are out there just because we don’t know what it is.” That is, until we take a bite. 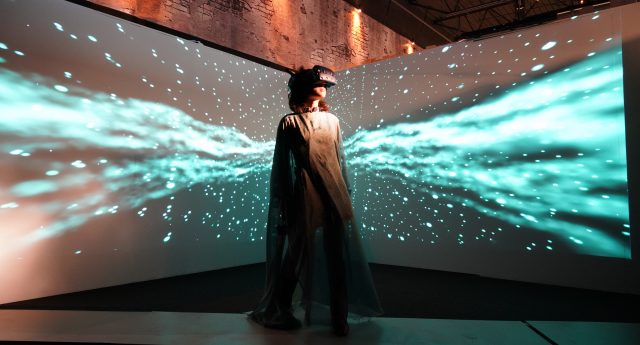 First, you walk down a long corridor, like one you might see in an art gallery. A young Asian woman wearing a psychedelic black-and-white check mini-dress greets you. You […]