After featuring the hilarious (and charming) Hasan Minhaj in our Fall ’13 issue (get it now!), we’ve become huge fans of his comedy troupe, Goatface Comedy.

Their latest video, “Good Sons,” takes a hilarious (and … sorta creepy) look at the age-old narrative of Asian parents who will do anything for their children to become doctors/lawyers/engineers. It’s cringe-inducing and yet hilarious – we dare you not to be laughing by the end. 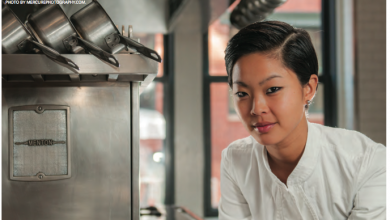 When Kristen Kish arrives at our meeting place, the rooftop lounge of a five-story hotel just steps away from the sands of Venice Beach, she looks more rock star […]