Anime franchise “Gundam” is going live-action for the first time in its nearly four-decade history.

A film of the popular Japanese science-fiction anime will be co-produced by Legendary Pictures and its creator, Japan’s Sunrise Inc. The two companies made the announcement on Thursday at 2018 Anime Expo in Los Angeles, according to Deadline.

“Mobile Suit Gundam,” The original series, is set in a fictional universe in which humanity has begun colonizing space. Space colonies declare a war to seek independence from Earth. The main characters, humanoid robots called mobile suits, take the duty to fight and launch fierce battles against humans.

Since its debut in 1979, the Japanese anime series has become a multibillion-dollar media franchise with animated films, video games, plastic models, toys and novels.

Plot details have not been been released. 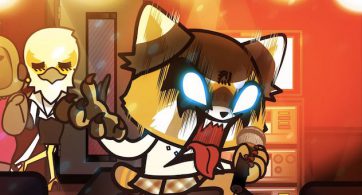 Netflix’s raging red panda “Aggretsuko” will have plenty more to be angry about, as the Sanrio animated series has been renewed for a second season. The renewal was announced […]