We’re excited for our latest haiku exchange with Filipino American hottie Dante Basco, not only because we know him from characters including Rufio from Hook, Prince Zuko of the Fire Nation from Nickelodeon’s Avatar: The Last Airbender, Ben Mercado from The Debut, breakdancer Ramos in Take the Lead, “Dante Basco” in Hang Loose with KevJumba, and an evil version of himself in the upcoming web series Awesome Asian Bad Guys (AABG) – which you can read more about it here – but also because it’s the first time we’ve had a real poet for Haikus With Hotties. (His book, Dante’s Poetry Lounge, was published in 2010, and a second edition is in the works.) All we can say is: Bring it on, Basco.

Dante:
Anime is cool
Sexier even when, Girls
Dress like Rufio

Which “Dante Basco”
gets the girl? AABG,
Hang Loose or real life?

Dante:
We’ve all been lucky
I’m stuck with the character
And he’s stuck with me

How you ripped off your
tie for Take the Lead tango …
You do that at home?

Dante:
Maybe once or twice
In the middle of the night
I’m always dancing…

Don’t forget to check out HAIKUS WITH HOTTIES with:
Freddie Wong
Godfrey Gao 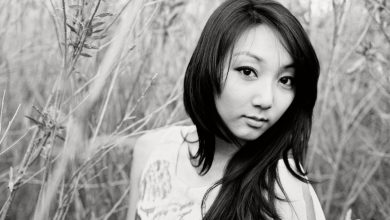 FULL NAME Clara Fisher HERITAGE Korean American AGE 26 CLAIM TO FAME After an eventful year (she got married, hence the name, and she released an acoustic album, Organika), […]