In 2011, Patrick Mendoza Epino and Stephen Dypiangco started a YouTube channel and new media studio called National Film Society. Part of the joke was that their name sounded very official and old-school Hollywood, but in reality, the playful, self-mocking and slightly absurd videos, from “Film School or No Film School?” to “Manny Pacquiao vs. Batman,” were made by two Filipino American filmmakers who riffed on everything. Eight months after they started, they caught the attention of PBS Digital Studios, which added National Film Society to their lineup. Since then, they’ve given out National Film Society “awards” (aka slightly inappropriate Barrel Man statuettes) to their confused actor friends, filmed commentary about the popular PBS series Downton Abbey, and interviewed subjects from documentarian Morgan Spurlock to Cookie Monster.

One of their most memorable videos was titled “Awesome Asian Bad Guys,” where they paid tribute to the badass Asian fighters in the action films they loved watching in the ’80s and ’90s. Unfortunately, in typical white male-dominated Hollywood form, these impressively skilled Asian guys always ended up dying very quickly at the hands of a Bruce Willis, an Arnold Schwarzenegger or a Mel Gibson. Dypiangco’s favorite bad guy was George Cheung (Rush Hour, Rambo 2); Epino’s favorite was Al Leong, who was killed off so many times that he’s inspired an “Al Leong Death Reel” compilation on YouTube where he violently perishes in almost 20 different movies. At the end of this National Film Society video, they mention that it’d be awesome to gather all these Asian bad guys together one day and create a super team, kind of like “the Asian Expendables.”

They had no idea they’d actually do it one day. “We just thought, conceptually, it’d be funny,” says Epino. “We weren’t like, ‘Let’s make it!'”

Once they got some actors on board – including Tamlyn Tomita (beloved for her role on Karate Kid 2), Yuji Okumoto (who played the Karate Kid’s nemesis in the same film), comedic actor Aaron Takahashi (onboard to play the villain), and even Al Leong himself – Epino and Dypiangco launched a Kickstarter campaign to raise money to make their Awesome Asian Bad Guys web series.

A year and a half later, Awesome Asian Bad Guys is scheduled to premiere in San Francisco at the 2014 CAAMFest in March. There, it will play as a short feature, but online, it will be separated into approximately 10-minute webisodes. Though there were some “bad guys” in their dream cast that they weren’t able to lock down – including Bolo Yeung (Bloodsport, Double Impact) and James Hong (who turned them down four times) – Epino and Dypiangco’s team of Asian American actors were game to play fictional versions of themselves in the action comedy. The story begins with Tomita, who alerts the National Film Society about the dangers of Takahashi – who people might recognize as the funny guy with glasses in the Amp’d Mobile and State Farm commercials, but, in his personal life, is the leader of a gang with a diabolical plan to take down his competition in the entertainment industry.

“See, Tamlyn had a twin sister named Pamlyn whom Aaron killed,” explains Epino, with a straight face. “So she comes to us to help her get revenge.” He laughs. “Don’t ask why she comes to us. She just does.”

“She asks us to help recruit this team [of Awesome Asian Bad Guys] to take down Aaron,” says Dypiangco. Other co-stars include Dante Basco (Rufio in Hook, Ben in The Debut), who plays Takahashi’s right-hand man, and Randall Park (Larry Crowne, The Five-Year Engagement, Veep), who is desperate to join the team of Awesome Asian Bad Guys to show that he can do more than just play the goofy Asian sidekick. Epino and Dypiangco even got Nuo “Sunny” Sun, who has worked on films such as The Avengers, The Expendables and The Last Airbender, to be their stunt coordinator.

“[Patrick and I] are on the Awesome Asian Bad Guys team, so we get to do some action, but we do it as [versions of] ourselves,” says Dypiangco. “So we’re not super skilled.”

“We’re poorly skilled,” says Epino. “But we were available to do the fight training more often than any of the rest of the actors, whose schedules we’d have to work around because they would sometimes book other gigs at the last minute.”

While they did some research on other web series to get a sense of the online medium, the story mostly references The Expendables, the film series starring Sylvester Stallone and other action hero actors, including Jet Li. Yet while they were shooting, the cast and crew kept telling them it felt like they were making a Naked Gun movie.

“That wasn’t necessarily conscious,” says Dypiangco, about being inspired by the over-the-top crime comedy film franchise from 1988 to 1994 starring Leslie Nielson, “but I think people thought that because [Awesome Asian Bad Guys] is just super silly.” He laughs. “But I actually watched Naked Gun again recently, and it’s pretty good!” 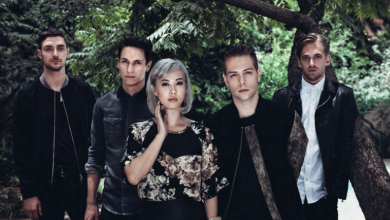 Story by Taylor Weik.  Temperatures may have been chilly in early January of this year, but the 2014 lineup for the Coachella Valley Music and Arts Festival had just been […]