Some families deck the halls for the holidays. Others feast on roast duck and dumplings. Family bring us together, but culture can sometimes set us apart. For Asian Americans, it may be hard to find films that reflect the family values and diaspora experience many of us share. But rest assured—we’ve got you covered. To perfect your cozy movie night this holiday season, take your pick from these five family-friendly films.

In the first of director Ang Lee’s “Father Knows Best” trilogy, an elderly Chinese tai chi teacher moves from Beijing to New York City to live with his son, American daughter-in-law and grandson. The film focuses on the cultural differences between traditional Confucian generations and a rapidly changing younger population. To Asian American viewers, “Pushing Hands” is a reminder of the immigrant experiences endured by those before us.

A mentally disabled man wrongfully imprisoned for murder befriends the criminals in Cell No. 7, who help smuggle his young daughter into prison so he can see her one last time. This dramedy is one of the highest-grossing Korean films of all time, and is especially a hit with older audiences.

Based on a true story, “The Farewell” tells a complicated story about family and morals. In Changchun, China, a Chinese American writer (Awkwafina) visits her sick grandmother, who is unaware she has terminal lung cancer, under the guise of a fake wedding. A tear-jerker and comedy all at once, the film resonates deeply with Asian American families and brings to light a very different multigenerational family than the one portrayed in “Crazy Rich Asians.”

This film adaptation of the novel by the same name tells the story of a Bengali family living in New York City. The son, who rejects his family’s traditions and culture, doesn’t learn to accept his heritage until he visits India the summer before he enrolls at Yale University. Illustrating the clash between Bengali and American cultures, “The Namesake” is a stark reminder of the difficulties faced by first-generation Asian Americans.

Based on Amy Tan’s novel, this quintessential Asian American family movie follows four Chinese mother-daughter pairs living in San Francisco’s Chinatown. As the younger women grow up, they learn to better understand their mothers and the hardships their families faced in China, and begin to reconcile their Chinese and American identities. 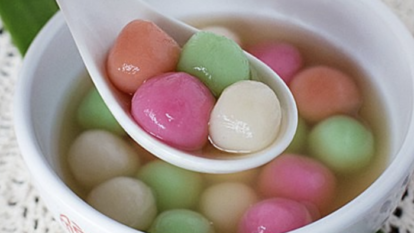 With a new season comes old traditions. In China, the winter solstice is celebrated with the Dongzhi Festival, a time to gather with family before the biggest holiday of […]