With the Lunar New Year officially beginning Jan. 25 and running until Feb. 4, Los Angeles is home to so many festivities for the holiday. As a melting pot of cultures, the city hosts huge numbers of Asian Americans and curious tourists alike who get together to celebrate the myths, poetry, food and festivities that make Lunar New Year such a global phenomenon.

Interested in hitting some of the festivities? Read on below.

New Year’s Eve, also known as shǒu suì, can fall on different dates, but this Lunar New Year it falls on Friday, Jan. 24. New Year’s Eve dinner represents a family and social reunion and happens to be one of the most important meals of the year. Many traditions include giving out red envelopes (hóngbāo) of money to children, and afterward families stay up all night waiting for the new year.

If your family is in town, drop by Downtown Pomona’s Lunar New Year Celebration. The event is free, and from 4pm to midnight you can ring in The Year of the Rat with music, dancing, food, specialty booths, arts and crafts and more.

Spring Festival is celebrated on Jan. 25 this year, and welcomes the New Year with fireworks to bless and greet neighbors. The practice of zhàn suì is used to determine  the year’s fortunes through astrology, and it’s forbidden to clean or sweep on this day, or else you’ll sweep away all that good luck. Lots of people celebrate with Tu Su wine as well as New Year’s Eve dinner.

If you’re celebrating with young kids, check out the Chinese New Year Celebration in Torrance from 11am till 3pm. But if you want to try something a little more extravagant, head over to the Queen Mary for Shanghai Night.

On the 26th of January this year, families will celebrate To the in-laws. Here, a married daughter brings her husband and children to her parents home with gift bags for all the neighbors. Also focusing on family traditions, there will be a Chinese American New Year Festival Gala held in the San Gabriel Valley highlighting dance, performance and music. The event takes place this Sunday evening, Jan. 26.

With most holidays food usually becomes the central focus, but in Chinese American culture, dumplings are more than just dough. The dumpling represents tradition and mythology as far back as the creation stories of mankind. The Chinese goddess Nǚwā created humans from yellow clay,  sewed their ears onto their heads and placed the thread in their mouths to prevent their ears from falling off. This legend started the gesture of giving thanks by making dumplings in the shape of ears and stuffing them with meat and veggies rather than thread.

If you feel like warming up with some traditional dumplings, try your hand at a dumpling making class. The New School Of Cooking in Culver City is hosting a Chinese New Year Dumplings & Traditional Dishes course this Saturday, Jan. 25.

One of the more iconic Lunar New Year events is the Lantern Festival. The beauty of paper lanterns illuminating the evening sky, Yuan Xiao is a 2000 year old tradition that celebrates family reunions and the community. The custom symbolizes a move away from unrest, toward spirituality and freedom. When lighting these lanterns, think of them as wishes, prayers or hopes of good fortune.

If you want to check out a more traditional, Buddhist Lantern Festival this Saturday, head over to Fo Guang Shan Hsi Lai Temple for their Peace Lantern Festival. Or, on the same day you can head down to Riverside and take in the sights, sounds, and food at The Riverside Lunar Festival.

This one is a more specific Los Angeles practice, but that doesn’t make it any less traditional. For over a hundred years, L.A.’s Chinatown has celebrated the Golden Dragon Parade, which brings together so many families from all kinds of ethnicities and backgrounds. This year, the parade’s timing is even more special—it lands on Feb. 1, the Day of the Millet, when agriculture is celebrated in Chinese culture. 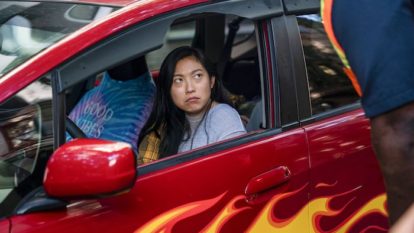 If you’ve never found yourself pantsless, chasing your towed car down the street, or sobbing into a wig at a police station, then you might not have much in […]