Fans who got an early screening of the Bruce Lee biopic “Birth of the Dragon,” with Phillip Ng playing Lee, are criticizing the film for whitewashing, and for a “caricatured” portrayal of the iconic character compared to his white co-star.

The kung fu drama depicts the martial arts star’s life in San Francisco, during the time he challenges Shaolin Master Wong Jack Man (Xia Yu) to a fight to the death, at the behest of his martial arts student Steve McKee (Billy Magnussen).

As reviews from the IMDb community point out, the film “centers around McKee and Bruce Lee merely becomes a sidekick.”

One user, chrisleeisworking, commented, “The director has turned Bruce Lee into a caricature. This is spitting on the memory of Bruce Lee. As a loyal fan of Bruce Lee and as an Asian, this film seriously offends me. ENOUGH!”

Another, udemypreview wrote, ”I wanted to watch a movie about the legend Bruce Lee. Not another whitewashed movie deleting/altering/hiding his history and again disrespecting Asians with another white male, Asian female interest.”

The film was written by Christopher Wilkinson and Stephen J. Rivele, who also wrote the Muhammad Ali and Miles Davis biopics. It was directed by George Nolfi, who is known for “The Adjustment Bureau.”

Another Bruce Lee film is in the works, and will be overseen by his daughter Shannon.

“There have been projects out there involving my father but they’ve lacked a complete understanding of his philosophies and artistry,” Shannon said during the announcement of her film. “The only way to get audiences to understand the depth and uniqueness of my father is to generate our own material.” 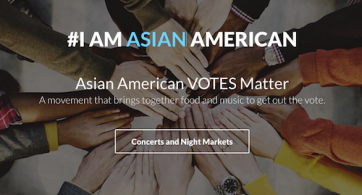