No, this is not fake news.

Everyone’s favorite “Patriot Act” anchor is taking his hilarious political commentary to Washington, D.C. one more time, as the featured entertainer of the White House Correspondents’ Association’s annual dinner. Joined by “Saturday Night Live” cast member Kenan Thompson, who will be hosting the event, Hasan Minhaj is set to bring the house down.

Last year, the WHCA strayed away from their usual parody routine by having historian Ron Chernow host 2019’s dinner. However, it looks like this year, the association is ready to bring the laughs back. “Kenan and Hasan are two of the most engaged and engaging entertainers in America,” said Jonathan Karl, president of the WHCA, in a recent press statement. “I’m thrilled they’ll help us celebrate the role of a free press in our democracy,”

Minhaj is no stranger to the White House Correspondents’ Dinner. He hosted the event in 2017, during the time he served as a senior correspondent at Comedy Central’s “The Daily Show With Trevor Noah.” His memorable performance spared no one, and threw punchlines that drew standing ovations and laughter.

With two amazingly talented comedians and two new awards, The Katherine Graham Award for Courage and Accountability and the Award for Excellence in Presidential News Coverage by Visual Journalists, the event is going to be double the fun.

The White House Correspondents’ Dinner is confirmed for Saturday, April 25. 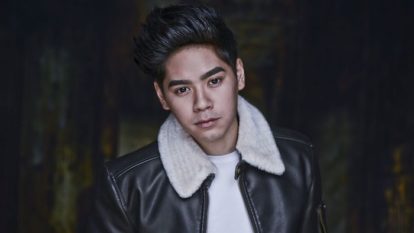 The universe has brought us a star, and his name is Mickeey Nguyen. He dances, he sings, he acts and he’s starring as Mags in Hulu’s new genre-bending series, “Utopia […]