Acclaimed director and co-founder of Studio Ghibli, Hayao Miyazaki, will be coming out of retirement to work on “Boro the Caterpillar,” on what will be his last film.

Miyazaki, who retired in 2013 after finishing “The Wind Rises,” announced his new film on an NHK television special called “The Man Who Is Not Done: Hayao Miyazaki.” Though he has not officially received a green-light for the feature, the 75-year-old has begun animation on the film.

Boro the Caterpillar was originally just supposed to be a short for the Ghibli Museum, but Miyazaki felt it was better suited as a full-length film, and proposed it to the studio in August. It will be the studio’s first CG-animated film, and according to Miyazaki has been planned for almost 20 years, who added that it is “a story of a tiny, hairy caterpillar, so tiny that it may be easily squished between your fingers.”

Miyazaki will have the short finished for the museum in about a year, and hopes for the full-length film to be finished by 2019. 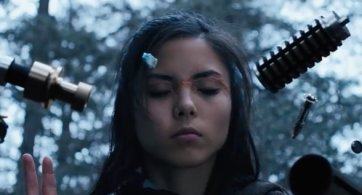 With “Rogue One: A Star Wars Story” upon us, YouTuber Stephen Vitale decided to show a different Star Wars tale, which has been receiving positive reviews. Directed, produced and […]