After a nine-year hiatus, legendary director Hayao Miyazaki will make his long-awaited return this summer with Studio Ghibli’s upcoming film, “How Do You Live?”

Expected to be Miyazaki’s last film, “How Do You Live?” is an animated adaptation of Genzaburō Yoshino’s 1937 young adult novel of the same name. Miyazaki had announced his proposal to adapt Yoshino’s story for the screen back in 2017. Yesterday, Dec. 13, Studio Ghibli revealed that the film will premiere in Japan on July 14, 2023.

A reflection on Japan’s 1930s authoritarian era, when government power was monopolized by martial elites, “How Do You Live?” is intended to serve as a cautionary tale for future generations. The animated film focuses on the importance of meditative and philosophical thought for society’s well-being, and is told by two narrators:15-year-old Copper and his uncle. After Copper loses his father, Copper’s uncle steps in to help guide the boy through young adulthood by writing his advice through a journal. Armed with the journal, Copper embarks on a fantastical journey to discover the answers to some of life’s biggest existential questions, including what it means to be a human being. Though based upon Yoshino’s book, the film will feature an original storyline from Miyazaki, who is a fan of the original novel.

The Oscar-winning director is known for hit anime films such as “My Neighbor Totoro,” “Spirited Away” and “Howl’s Moving Castle.” Considered to be one of animation’s most successful and accomplished creators, Miyazaki is renowned across the globe for his masterful and visually gorgeous storytelling. 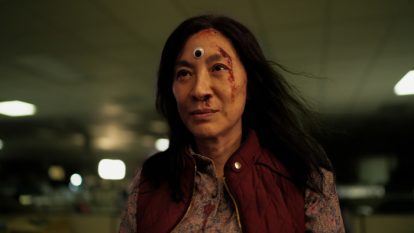 Michelle Yeoh and Ke Huy Quan have also been nominated for individual acting awards, while Dolly De Leon is up for recognition after her turn in “Triangle of Sadness.”