I’ve witnessed a legend in the making exactly once. It was the day before my junior-year finals, the last gasp of a spring fling-esque weekend in 2010. I left my suburban Philadelphia school and ventured down the road, past the mix of high-end boutiques and greasy pizza places that comprise much of the Main Line, to bucolic Bryn Mawr College. Sprawled out on a friend’s blanket and winedrunk, I heard Michelle Zauner sing for the first time.

That voice, at once strained and soaring, comforting and damning, flew straight from the stage and into my consciousness. She played guitar and sang with her then-band Post Post, a poppy indie quartet whose buoyant synths and interlocking dance rhythms filled the air. Zauner commandeered the stage with a swagger and conviction that few of the other talented local college bands possessed. I don’t remember the song, but I can recall the exhilaration I felt watching her perform—and the sense that maybe, just maybe, something big was afoot.

Indeed, it was. Over the intervening nine years, Zauner started another band, moved coasts, lost a parent, got married and launched a solo career. Her 2017 album, “Soft Sounds from Another Planet,” her second under the Japanese Breakfast moniker, offers listeners the most sonically evocative landscapes of her career yet. Her poetry reaches new heights of candor and inventiveness, with lyrics like “I can’t get you off my mind/ I can’t get you off in general,” which offer a devastating, tongue-in-cheek portrayal of unrequited love. That refrain comes from “Boyish,” whose prom-movie-meets-queer-Bildungsroman music video Zauner directed and screened at South By Southwest last year. Along the way, the 30-year-old recording artist has earned a global fandom without losing her DIY cred, achieved fashion icon status and offered Asian American millennials a rock star in their own image. Fitting any pre-set mold hasn’t ever been her style.

Zauner’s musical career began during her childhood in Eugene, Oregon. Her Korean mother and white father, who met in Seoul, enrolled her in piano lessons when she was 5. “I had grand visions of being a pianist in elementary school, but I didn’t actually put in the work,” she says. “I was honestly very bad at piano. I hated learning about music theory, and I was a bad student.”

Despite her disinclination for the ivory keys, her love of music never let up, and she started taking guitar lessons at the age of 16. “I wanted to write songs,” she says. “It just came naturally to me, like, ‘Oh, you only need three chords to make a song? Here we go!’ I didn’t know many people who were making songs, so I felt like I had free rein to make silly, stupid songs.”

When Zauner was in high school, the anti-folk subgenre was in its heyday, and artists like Kimya Dawson and Joanna Newsom were rejecting traditional folk’s stylistic constraints in favor of irreverent experimentation. Zauner says these artists helped illuminate where her own idiosyncratic vocals could take her.

Diving into the DIY world also offered an alternative to her high school life in Eugene, a town known for being progressive but is overwhelmingly white. “Like most creative types, I always really identified as an outsider, and around 16, I felt very disinterested in my high school community,” she says. “Expressing myself through music has entirely to do with how it feels to make something. It was really important at that age to find something that gave me a sense of permanence and meaning.”

She found several fellow outsiders while attending Bryn Mawr, where she studied creative writing and film, and started Post Post. Around the time of the members’ 2011 graduation, the band split up and she moved down the road to Philadelphia, her father’s hometown. She then launched a new band, Little Big League, that quickly captured local rock fans and journalists’ attention.

But she didn’t have these issues with her three white, male Little Big League bandmates, one of whom (bassist Deven Craige, who also played with acclaimed Philly rock outfit Strand of Oaks) still backs her for Japanese Breakfast’s live shows. Zauner booked her own gigs, coordinated transportation and managed merch sales, building a managerial and organizational skill set that she has employed throughout her career. Only recently has she begun relinquishing these duties to others.

“From band to band, I just grew a lot and learned a lot over time; how to record, book shows, run a band, etc.,” she writes in an email.

In many ways, Zauner’s sound and artistic approach throws back to a time in music history when guitar-slinging rock stars ruled the airwaves and pop culture. Artists as stylistically disparate as Nirvana, Bikini Kill, Radiohead and Liz Phair all captivated fans the world over while publicly rejecting the social and economic forces that profited from their art. Like those iconic artists, she values independence from the industry.

But during the ’90s, rock music primarily whitewashed or froze out women of color from claiming the rock mantle. The few that broke through remain overshadowed by the angry white men hailed as rock’s saviors. For Laina Dawes, the author of “What Are You Doing Here?: A Black Woman’s Life and Liberation in Heavy Metal,” this dynamic plagues even the most progressive rock subcultures that betray their supposedly egalitarian values.

“Women of color were expected to sit in the back while women like those in Bikini Kill got most of the attention,” she says, as she mused about the riot grrrl movement, a punk subculture that influenced third-wave feminism, with Bikini Kill lead singer Kathleen Hanna as its unofficial figurehead. “There were a lot of women of color and a lot of queer women that were completely dismissed over this straight, white, conventionally attractive woman.”

“Heat Rocks” podcast founder and “Character Media” contributor Oliver Wang notes that Asian American musicians also encounter questions of “racial inauthenticity” that reinforce their perceived incompatibility with the U.S. musical canon. “The idea of authenticity, as ill-defined as it may be, is very important to most people,” he says. “Because of the history of race in American music, what we tend to think within our collective imagination as authentic performance tends to focus primarily around, first, men, and second, black and white men, almost exclusively.”

Zauner didn’t just wrestle with concerns about her own authenticity as a musician, but also with the perceptions that come with being an Asian American woman, especially as a teenager. “I was constantly grappling with the sense that I’m never going to be a neutral body, that I’m always going to have a stereotype projected on me. And that gave me a lot of anxiety, and felt like that was something I never had the words for,” she says. “My mom wasn’t someone I could even talk to about it because, to my mom, I was American.”

Zauner told “The Fader” last year, as she’s told many other publications, that she created Japanese Breakfast in the aftermath of her mother’s sudden death from cancer in 2014. But this traumatic event isn’t the defining source of the entirety of her creative output, as the majority of media coverage about her would suggest.

Sure, her first Japanese Breakfast album, 2016’s “Psychopomp,” dealt with her grief head-on. The cover art features a photo of her mother, while “Psychopomp” has songs like the sweeping “Heft,” with a verse referencing how she “spent [her] nights by hospital beds.” Zauner even donned her mom’s wedding hanbok in the video for “Everybody Wants to Love You,” which she co-directed, during a night of fun in Philadelphia’s dives and streets.

Living in the wake of her mother’s passing is also central to “Crying in H Mart,” her 2018 “New Yorker” essay (and eponymous forthcoming memoir) that explores how learning Korean cooking helps her connect with her mother’s memory. And during the photo shoot for this story, Zauner plays with a cabbage that she’s planning on pickling for kimchi.

But all of these connections risk overshadowing the present and future that Zauner now writes for herself. For instance, she now channels her quest for human connection through cuisine into “Close to Home,” the food show she hosts for Vice’s Munchies channel. Episodes about Uyghur kebabs and the U.S. military’s influence on Korean American staples reflect the increased platform she has to show her followers how they can connect through their own narratives.

However, the increased attention on Japanese Breakfast also comes with vitriol from Asian American incels, who’ve harassed her online over her multiracial identity and marriage to a white man. The flipside to that coin is that she now has an engaged and perceptive Asian audience. In 2017, one of those crowds included her mother’s older sister and brother-in-law, who saw her perform in Seoul. “It was very sweet, and she was proud of me,” Zauner says. “I made a joke that my aunt didn’t really get what I do for a living [because she] asked who paid me and where was my office? And then to the crowd, I was like, ‘Emo (which is aunt in Korean), this is my office!’”

Zauner says that with her larger platform comes a sense of responsibility to uplift other women of color. For instance, she’s enlisted artists like Dianna Settles to design merchandise. Gabby’s World, the project of multiracial indigenous songwriter Gabrielle Smith, has opened for Japanese Breakfast on recent tour legs. Zauner describes being an agent of change as “mostly a good pressure.”

The last time I saw Zauner was as magical as the first, but in a very different context: at a New Year’s Eve concert in Philadelphia’s renowned Johnny Brenda’s (where Adonis sees Bianca perform in “Creed”). With Craige on bass, “Soft Sounds” co-producer Craig Hendrix on drums and her husband Peter Bradley on guitar, she was every bit the raconteur-slash-rock star she was meant to become. As she tore into “Everybody Wants to Love You,” with confetti falling from the ceiling, I realized, nearly a decade after I first saw her perform, that what I saw had come to fruition. She made her own mold, then shattered it completely. 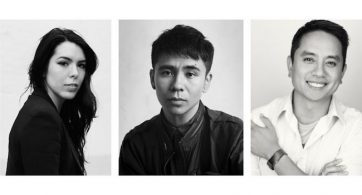 If you’ve ever struggled to find Asian American written-books (besides an omnipresent volume of Rupi Kaur poetry) on the shelves of your local Barnes & Nobles, head to the […]