The romantic comedy, directed by Jon M. Chu and based on the bestselling book of the same name by Kevin Kwan, hits theaters on Aug. 17 this year.

In it, a Chinese American professor follows her boyfriend to a wedding in his native Singapore only to discover he is the heir to one of the country’s wealthiest families.

Check out the teaser below: 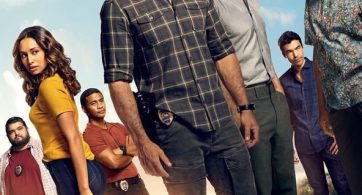 Looks like we are staying put on the beaches of Hawaii — CBS has renewed “Hawaii Five-0,” its veteran crime procedural, for another season. The show, which is currently […]