New developments related to the upcoming live-action remake of Disney’s “Mulan” have been met with both criticism and anticipation as the movie inches closer to its fall 2018 release.

Disney announced this week its search for a director and that the remake will meet the cultural and diversity expectations of both Chinese and American audiences after drawing ire from critics about its supposed plot change.

The blog Angry Asian Man, which is run by Korean American blogger and producer Phil Yu, hosted a guest post by an anonymous writer earlier this week that, instead of concentrating on Mulan’s goal of protecting her family during times of war, the film would instead be about a European sailor who travels to China, saves her life and eventually falls in love with her.

Out of protest, “Mulan” fans trended the hashtag #MakeMulanRight on Twitter to combat the change, and 18MR created an online petition urging Disney to change the plot back to its original form.

As of press time, nearly 16,000 people have signed, demanding that an Asian American should be including in the movie’s writing process.

However, a source close to the film told Vulture that the film’s new script was drawing influence from the literary story of Mulan as well as Disney’s 1998 animated version.

“Mulan is and will always be the lead character in the story, and all of the primary roles, including the love interest, are Chinese,” the source told Vulture.

Furthermore, despite having a release date on the calendar, the movie is still without a director. According to SlashFilm, the studio would ideally like to hire an Asian American filmmaker for the job, so they approached Ang Lee – the Academy Award-winning Taiwanese-born director known for his work in films like “Life of Pi” and “Brokeback Mountain” – who has since declined.

Currently, Disney is searching for a filmmaker and will also soon launch a global search for a Chinese lead actress to play Mulan and Chinese actor to play her love interest, according to SlashFilm. 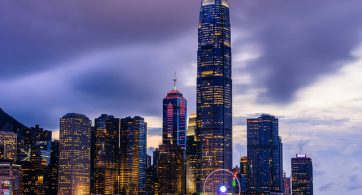 The number of billionaires in Asia is growing, far surpassing numbers in the U.S. and Europe. According to the annual UBS/PwS Billionaires Report last year, Asia makes a billionaire […]