To celebrate the upcoming 24th film of the James Bond series, Spectre, we’re going to take a step back into history and give you an overview of every single Asian actress who has shared screentime with Ian Fleming’s iconic secret agent (and arguably the world’s most famous). Some of these names may be recognizable to you – while others may be of surprise.

While her uncredited role was very short (she was in the film for two minutes, with a couple of lines), Mitsouko’s Madame La Parte earned herself a spot on our list as the first Asian (Mitsouko is Eurasian) Bond girl. Besides starring in Agent 077: Mission Bloody Mary, her role in Thunderball is her most famous role to date. She also had a career as a striptease artist.

Akiko Wakabayashi as Aki in You Only Live Twice.

Originally casted as Kissy Suzuki, Wakabayashi moved up to the bigger role of Aki after You Only Live Twice co-star Mie Hama had difficulties learning English. The Bond movie was Wakabayashi’s last film to date (the Japanese actress starred in Ishiro Honda’s Dogora and Woody Allen’s What’s Up, Tiger Lily?) – she chose to retire after sustaining injuries while filming a movie.

Before being casted in You Only Live Twice, Mie Hama was a highly popular actress in Japan.  She starred in numerous Toho Studio films, such as King Kong Escapes. Besides being known for her role as Kissy Suzuki (which was originally the main character in the literary version), Hama also became the first Asian woman to pose in Playboy magazine. Hama has also starred in 78 films to date.

Tsai Chin as Ling in You Only Live Twice.

Not to be confused with the Taiwanese singer of the same name, Tsai Chin (also known as Irene Chow) is the only Asian actress to have starred in two Bond films, although she was technically not a Bond Girl in Casino Royale. Chin was also known for playing Lin Tang (daughter to Fu Manchu) in the Fu Manchu movies, Helen Rubenstein (mother to Christina Yang) in Grey’s Anatomy, and other supporting roles in The Joy Luck Club and Memoirs of a Geisha. Her famous family members include her father Zhou Xinfang (Peking Opera actor), Michael Chow (owner of the Mr. Chow restaurant chain), and actress China Chow.

Francoise Therry as Chew Mee in The Man with the Golden Gun.

Not much is known about Francoise Therry, besides that she played the mistress of Hai Fat in the film The Man with the Golden Gun.

Diana Lee-Hsu as Loti in License to Kill.

Another former Playboy playmate to grace this list, Lee-Hsu played Loti, a narcotic agent in Hong Kong who worked with Kwang (Cary Hiroyuki-Tagawa) to help take down the main antagonist, drug lord Franz Sanchez. The former Bond girl also played other minor roles such as “Mrs. Wong” in Family Matters and was also a former model.

Michelle Yeoh is undeniably the most famous Asian Bond Girl on this list, as she was also the only Asian actress to have taken on a leading Bond Girl role. The beauty queen-turned-actress is well-known for performing her own stunts in action movies. Following Tomorrow Never Dies, Yeoh also starred in the worldwide hit Crouching Tiger, Hidden Dragon (2000) and in The Lady (2011) as the biopic on Burmese human rights leader, Aung San Suu Kyi.

Rachel Grant as Peaceful Fountains of Desire in Die Another Day.

9. Rachel Grant as Peaceful Fountains of Desire (Die Another Day, 2002)

Also known as Rachel Louise Grant de Longueuil, the British Filipina actress and model got her first film role as a Chinese intelligence agent moonlighting as a masseuse (sent by another secret agent Mr. Chang, played by Ho Yi) in order to obtain more information on Bond and reveal his intentions. Grant also specializes in Kali, a type of Filipino martial arts, and is a martial arts instructor. Grant comes from a famous family, as her grandfather was the late 11th Baron Raymond De Longueuil, whom was the second cousin to Queen Elizabeth II.

Marlohe was a struggling actress in France before landing her breakthrough role in Skyfall, also her first English-language film. In an interview with Esquire, the French-Cambodian-Chinese actress had landed an audition for the role of Severine by chance – she had contacted Sam Mendes’ agent (through Facebook!), as well as Skyfall’s casting director (through email) she met during a trip to Los Angeles and auditioned twice before sending tapes off to director Sam Mendes. Of course, the rest is history. Marlohe recently premiered in film 5 to 7 (2014) with Terence Malick, Ryan Gosling, Natalie Portman, and Christian Bale.

This story was originally published in 2013 as “Audrey’s Did You Know? | History of Asian Bond Girls.” It has been republished just in time for upcoming film “Spectre”. 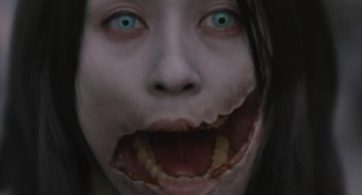 By Winnie Galbadores Halloween is here! A time for carving pumpkins, dressing up in costumes, trick or treating, and remembering the dead. Needless to say, there are plenty of […]