Halloween is here! A time for carving pumpkins, dressing up in costumes, trick or treating, and remembering the dead. Needless to say, there are plenty of ways to take part in this holiday.Though you might opt for a cute costume tonight, Halloween certainly isn’t known to be cute and sweet. No, we tend to celebrate it with all things spook-tacular.

When it comes to tales of ghosts, ghouls, and everything regarding your deepest, darkest fears, the Asian culture definitely provides us with some of the most chilling tales. We’re here to share some with you.

Here are the top 5 scariest Asian Myths and Monsters you never want to encounter during your lifetime..

Legend has it that one day in Japan, a young girl fell onto a rail way line and was cut in half by an oncoming train. Due to her unpredicted fate, her spirit now roams around seeking revenge. She carries a scythe or a saw while traveling on her elbows or hands and if anyone meets her path, she will cut them in half. As she travels, the dragging of her upper torso scratches on the floor making a ‘teke teke’ sound.

Long ago, there was a wife of a samurai who was so incredibly beautiful. As years went by, she became extremely self absorbed and quite vain. The samurai suspected her of cheating one day and in response, he attacked her by cutting her mouth from ear to ear. The woman passed away and came back as an angry spirit known as Kuchisake Onna. She wears a brown trench coat with a surgeon’s mask to cover her mouth and as children are walking home from school, she would approach them with her mask and ask “Do you think I’m beautiful?” If the response was “No” she will take out a knife and kill you. If the response was “Yes,” then she will then take off her mask and ask you “How about now?” If the next response is a “No” you will get cut in half, and if it is a “Yes” then she will cut your mouth from ear to ear to make it look like hers.

In the rural areas of the Philippines, there have been many stories of the White Lady. The White Lady has been said to appear in other places such as the United States, United Kingdom, Germany, Brazil, Portugal, and Norway. Although there are several renditions of this legend, she is usually associated with a tragedy. She will appear and not do very much, but any sight of her is surely not a good one. She is most commonly reported seen along Balete Drive in Quezon City. She was a young lady who was raped and killed by two Japanese soldiers during WWII. While there haven’t been stories of the White Lady being purposefully malicious, she has been the reported as the cause of more than a few car accidents by drivers who look in their rearview mirror and see a young lady in the backseat wearing a white dress. Sure, some strange, unknown lady sitting in your backseat is bad enough but the White Lady is also said to have no face or a face covered in blood.

Jayuro is a strip of highway just north of Seoul, Korea. Because the highway is often covered in fog, it is known for being prone to car accidents. However, many residents have a different explanations for it. Many people claim they see a distressed girl on the side of the road wearing sunglasses. As they got closer to the girl, to their horror, they realized that she wasn’t wearing sunglasses after all. The dark circles were there because her eyes were visibly gouged out and hollow.

The Ap/Krasue is described as a floating female head with its entrails, spine and various bloody organs hanging from its neck. The myth behind this creature says that women who abuse black magic may be forced to turn into this creature as a punishment. The witch feeds on blood, feces, fetuses, and pregnant women. Apparently one way to stop the creature from entering your house is by surrounding it with thorny vines so that the creatures entrails will get stuck on them. This is important since an Ap/Krasue can turn you into the same creature if she gets you to consume her saliva.

Have more scary Asian monsters in mind? Tell us your list! 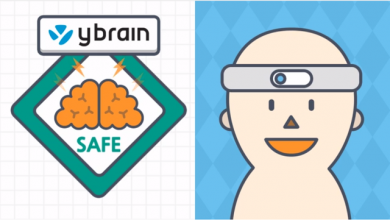