Filipino and Filipino American veterans are a signature away from finally being honored by Congress for the service during World War II.

On Wednesday, the U.S. House of Representatives passed S. 1555, also known as the Filipino Veterans of World War II Congressional Gold Medal Act of 2015. The bill, which would recognize over 200,000 veterans who served alongside Allied forces during World War II with the congressional Medal of Honor, is awaiting one last signature from the president.

When signed, the veterans will be awarded with the highest civilian honor given by Congress. The bill is intended for the veterans who didn’t get full recognition for their service because of the Rescission Act of 1946.

“For months, we have said that time is running out to recognize Filipino World War II veterans for their brave service,” Sen. Mazie K. Hirono said in a statement. “Today’s House passage is the culmination of decades of work by these veterans and their families to recognize their key role in the Allied victory, and their decades-long fight for benefits.”

Hirono worked on the bill alongside Rep. Tulsi Gabbard. “Today, the United States Congress took an historic step forward in honoring the more than 200,000 Filipino and Filipino-American soldiers that served our country during World War II,” Gabbard said in the same statement. 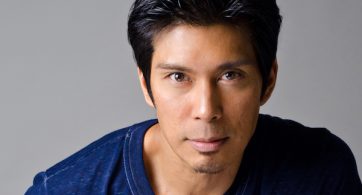 Keo Woolford, who played detective James Chang on the CBS crime drama “Hawaii Five-0,” died Monday in Oahu, Hawaii, following complications with a stroke. He was 49. The actor […]