Becoming a woman is hard work. As a teenager, I spent more time brooding over a diary with a glitter pen and writing angst-ridden poetry than I care I to admit. There are just so many things about social expectations, strange physical changes and makeup to figure out.

It’s precisely during those awkward years that the protagonist of “Kiki’s Delivery Service” must set out on her own. In Kiki’s world, witches are expected to leave their homes at the tender age of 13, find a new town to live in for a year and serve the population with their magical powers. When her 13th birthday rolls around, Kiki sets off with a skip in her step. With the film’s detailed hand-drawn animation and emotional storyline, it’s arguably the most Ghibli-est film of the Studio Ghibli pantheon.

After some perusing, Kiki settles in a bustling city by the sea and opens the Witch Delivery Business above a cozy, baguette-filled bakery. Though she has the purest of intentions, her new city treats her as an outcast—she’s just a country bumpkin to them. Her only friends are Jiji and a young boy named Tombo, who is fascinated by Kiki’s flying abilities.

As a kid, I just didn’t grasp the depth of “Kiki’s Delivery Service.” I loved the movie and chose to dress up as Kiki for Halloween, but my interest didn’t go beyond the superficial. I loved her big red bow and thought it was really cool that her best friend was Jiji, a talking black cat. But when Kiki loses her magic and her ability to talk to Jiji, it upset me. I didn’t understand why these things were happening.

Revisiting the film as an adult, I felt like I was watching a totally different movie. The emotional nuances of what Kiki must have felt, like meeting a slightly older, snooty witch, clicked. Seeing her pass by ladies dressed in elaborate outfits while she wore a simple, black smock took on new layers of meaning. When Kiki gets a door shut in her face by an ungrateful young girl after flying out of her way to deliver her a pie baked by her grandmother, I felt my own heart breaking. Even Jiji, whom I loved so much as a child, took on a new light. Though he cares for Kiki, he doesn’t have many positive things to say and even encourages his witchy friend to try her luck in a different city. He’s not a very good friend. Kiki loses her magic because she loses her mojo.

Shortly after I graduated college, I moved to L.A. Living in the second biggest city in the U.S. as a Texas native was jarring at first. While my partner was at work, I would find myself drifting into states of malaise, and I’d stare out the little window in our kitchen thinking about home. Moving halfway across the country was an adventure, but the relocation left me feeling directionless, lonely and unsure of what my next steps should be. I’d lost some of my magic, too.

Kiki does get her spunk back, but it’s no easy task. When Kiki is sent on a mission to deliver a stuffed black cat, she’s attacked by a flock of birds and loses the toy in a patch of deep, dark woods. When she goes to retrieve it, she stumbles upon Ursula, a solitary artist witch living in a wooden cabin with a bunch of crows. As a young girl, it was hard for me to imagine why anyone would want to live by themselves in the woods, but now I get it. I can’t think of a more relaxing way to live.

It’s only under the mentorship of this wise, albeit eccentric, witch that Kiki begins to regain her confidence and understand that it’s OK to be different. She never regains the ability to talk to Jiji again, but somehow, that’s alright. Kiki is a different person by the end of the film and has strengthened bonds with the people in her life who love her and no longer needs to listen to Jiji’s nagging. When Kiki ends up saving the town from an almost-disaster by regaining her magical abilities just in the nick of time, she earns the respect of the townsfolk. More importantly, she relearns to trust herself.

Creating movies that capture the attention of young children while still appealing to the sensibilities of their older audiences is a hard task, but Studio Ghibli’s legendary co-founder Hayao Miyazaki has mastered the skill. He captures all of the awkwardness of Kiki’s adolescent blunders and translates them into a compelling masterpiece that speaks to the importance of self-confidence and the pains of girlhood. The movie argues that in those bittersweet years in between being a child and a woman lies a special kind of strength. More than just a children’s movie, “Kiki”’s encourages viewers to embrace the magic of their inner fortitude and use it for good. 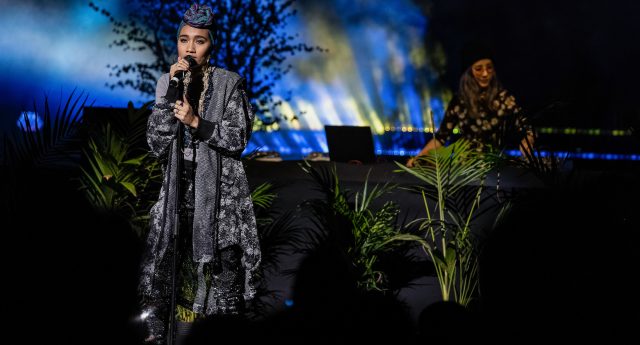