After a long winter break, the Tribeca Film Institute is back and in full-gear. Today, TFI announced the 14 winners of their 16th annual Tribeca All Access program.

TAA is TFI’s program that supports the work of fiction and documentary storytellers that come from underrepresented communities. Through their competition, TAA hopes to amplify and nurture marginalized, creative voices from around the globe. Every year, the program selects seven scripted films and seven documentary features that have a unique vision and challenge the status quo. Among this year’s winners were two female Asian American filmmakers: Emily Hong and Isabel Sandoval.

Born in Seoul and raised in New York City, Hong has over a decade of experience in Myanmar and Thailand as a filmmaker, visual anthropologist and social change strategist. Her film “Above and Below the Ground” follows the story of indigenous Myanmar activists and “punk-rock” pastors fighting for the right of environmental self-determination in the country’s war-ravaged North.

“Lingua Franca” is New York-based director Isabel Sandoval’s third film and focuses on an undocumented Filipina immigrant who, while fighting the looming threat of deportation, gets involved with a Russian slaughterhouse worker who doesn’t know that she’s transgender. Sandoval was recognized by the Museum of Modern Art as a “rarity among the young generation of Filipino filmmakers.”

Through this program, TAA hopes to create a diverse and close-knit network of filmmakers who can learn from and support one another. In addition to mentoring, invitations to events and industry connections, winners will also have access to TAA’s discretionary microgrants for alums. 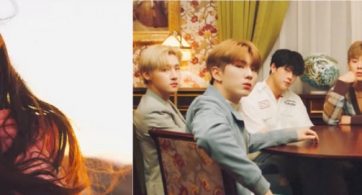 What happens when you combine the forces of one of the world’s most popular electronic house musicians with the glam and choreography of K-pop? The perfect driving song, apparently. […]