The Korean Monster is due back on the Dodgers mound tonight against the San Diego Padres for the first time in two years.

Los Angeles Dodgers pitcher Hyun-Jin Ryu, who underwent surgery for his left shoulder from a torn labrum last year, has not started in the major league in 640 days.

Post-surgery, Ryu was on rehabilitation assignment in the minor league with Class-A Rancho Cucamonga. Some expected Ryu to return earlier, but he went through a groin strain and shoulder discomfort during spring training and rehab. Last Friday, he threw 84 pitches in six innings, with a fastball average of 86 mph.

Andrew Friedman, Dodgers president of baseball operations, told ESPN.com that Ryu “attacked the rehab process in a way that showed how much he wanted to get back.”

Ryu, speaking through an interpreter Monday, said he expects his fastball velocity – in the upper 80s in the minors – to increase, boosted by adrenaline, with his comeback to the big league.

“So far what I have accomplished as far as rehab goals, gaining all my pitches in quite a few outings, I think I’m pretty much ready to go,” he said. 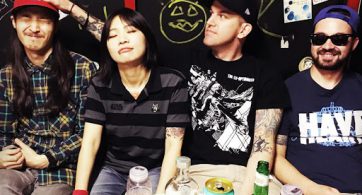 Coming back to America for a second tour from South Korea’s punk scene is …Whatever That Means, a four-member melodic rock band. The tour, which will run July 23 to […]