Coming back to America for a second tour from South Korea’s punk scene is …Whatever That Means, a four-member melodic rock band.

Their first full-length album, “Sixty-Eight, Twenty-Two,” was released in 2014. That same year, they dropped the single “Asian Prodigy,” which questions Korean society’s fixation on education, social status and outward appearance.

“This video is a salute to all of you who choose to live life your own way no matter what the consequences,” the song’s YouTube music video description reads. That statement is, in many ways, a reflection of the band itself — initially spun off a project band for Moses and Yang’s wedding in 2009, it persists only through the members’ love for music, according to Moses, no matter that they may not always break even.

After all, maintaining relevance as a group playing ’90s-style American punk rock in Korea is no easy task — in 2014, the band was featured in a documentary titled “Us & Them: Korean Indie Rock in a K-pop World,” which showed the struggle of non-K-pop musicians in an increasingly saturated musical landscape. Moses told Kore the band considers a crowd of 100 people for any of their Seoul shows “an astounding victory.”

“People ask, ‘What’s it like trying to navigate the Korean music industry as a punk band?’ We don’t. We play shows in the punk scene. We book our own tours,” Moses said.

“We make our own connections,” Yang said. In 2011, …Whatever That Means’ first U.S. tour — wholly booked by Moses — began with a goal to have fun and to find a new audience, mostly at dive bars. This time around, with the help of Burn Burn Burn singer Drew, the group will find themselves at more established punk-rock hotspots, including the Double Down Saloon in Vegas and 924 Gilman Street in Berkeley.

“We love playing our music, we love meeting people at our shows,” Moses said. “We hope people come out and listen to the new record.”

Find more on …Whatever That Means at their bandcamp page, and check out tour dates on their Facebook. 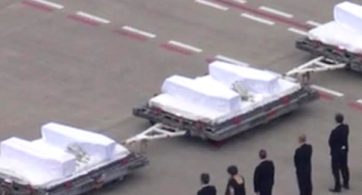 Seven Japanese nationals and three students from American universities were among 20 dead after a 12-hour-long siege ended the hostage situation in Dhaka, Bangladesh. On Friday night, seven gunmen […]