If you’re a fan of both K-Pop and The Walking Dead, be prepared to get your fan-girling on. Recently Dara Park instgrammed a picture of The Walking Dead‘s Steven Yeun. (Steven, is that eyeliner we see!?)

Sandara Park, a South Korean idol singer, actress, dancer and model, has been a favorite of ours for years. Park, who began her career in the Philippines as an actress, is most known as a member of popular K-Pop group 2NE1.

Apparently, Steven Yeun is among her numerous fans overseas. The actor, who plays Glenn on The Walking Dead, is rumored to be in South Korea for a visit.

“It was very nice meeting you,” Park wrote as the photo caption. Yeun not only re-tweeted the photo, but started following Park on twitter.

This certainly isn’t the first time that Sandara has befriended overseas celebrities. Just last year, Dara gained viral attention after a photo of Justin Beiber kissing her cheek made its way around the internet. Needless to say, fans seem much more happy about her friendship with Yeun. 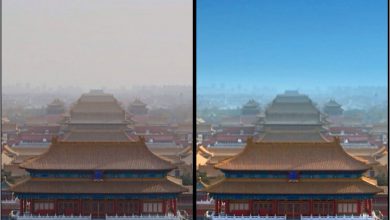 It’s no secret that the pollution in China has reached unbearable levels. In fact, China has had to deal with the youngest lung cancer patient ever: an 8-year-old. On […]