Strap in for a wild ride, because the second trailer for “Gemini Man” just dropped.

The movie, set to premiere Oct. 11, features Will Smith opposite… Will Smith. In “Gemini Man,” a 50-year-old assassin, Henry Brogen, faces off against his doppelgänger, Junior, a younger clone of himself who’s been sent to kill his original. As the two struggle to complete their missions, they try to uncover why they’ve been pitted against one another before it’s too late. The concept might sound like something out of 1990s sci-fi, but the CGI technology that makes it possible for Smith to play both versions of Brogen is all 21st century.

Benedict Wong will also make an appearance as a as-of-yet-unrevealed character, Baron. Ang Lee (“The Life of Pi”) is directing, with Jerry Bruckheimer (“Top Gun”) producing. And seeing as David Benioff is on the writing team, here’s to hoping “Gemini Man” will turn out better than the final season of “Game of Thrones.” 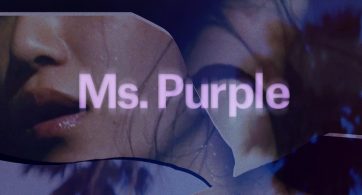 The heartbreaking drama that made moviegoers shed more than a few tears at the 2019 Sundance Film Festival will now be making a theatrical release.  “Ms. Purple,” directed by […]