The heartbreaking drama that made moviegoers shed more than a few tears at the 2019 Sundance Film Festival will now be making a theatrical release.

“Ms. Purple,” directed by Justin Chon (“GOOK”), follows siblings Casie (Tiffany Chu) and Carey (Teddy Lee) as they struggle to care for their comatose father. Casie and Carey were raised in Los Angeles’ Koreatown, but were abandoned by their mother and raised by their father. During their childhood, Casey becomes estranged from the family after he feels he was treated unfairly by their dad. Left alone to care for their ailing father, Casie resorts to working in K-town noraebangs. The film delivers a poignant exploration into the complexities of family, siblinghood and Korean American identity. “Ms. Purple” hits select theaters on Sept. 6. 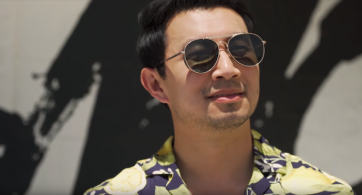 Here’s a little secret… Before anyone knew that Simu Liu would be playing Marvel’s first Asian superhero, Shang-Chi, Liu starred in various short films and sketches as a “Yappie,” […]