The term “cosplay” was first used in 1983 as a way of combining the English words “costume” and “play.” Since then, cosplay has grown to become a worldwide phenomenon. In Asia, it is seen as a significant aspect of pop culture and often influences Japanese/Asian street fashion.

Over the years, I’ve seen my fair share of impressive cosplay (such as this adorable Miyazaki-themed cosplay), but no one has impressed me quite as much as these guys.

A cosplaying duo from China has recently gained viral attention worldwide. Trust me when I say this attention is well-deserved. The 22 and 23-year-old look as if they just stepped out of a manga. Their slender build and tall figures have certainly helped to create the illusion of anime characters. The boys have recreated a number of looks from animes such as Kuroko’s Basketball, Free!, Detective Conan, Reborn! and Sailor Moon.

As you can expect, fangirls have been going crazy for them. CRAZY.  They have allegedly caused nosebleeds because of their sexiness and leave girls crying because of their beauty. While we’re sure these are all exaggerated comments, it’s still pretty funny to imagine.

Check out their cosplay photos below and keep in mind that we are not responsible for any nosebleeds, tears or excessive squealing. 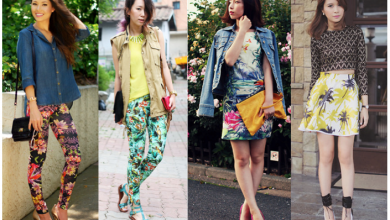 Story by Jeline Abutin.  Despite the cliche, tropical prints are a wardrobe must in the hot summer months. Consisting of a plethora of prints ranging from palm trees to […]