San Francisco-based retailer, Gap, has quickly created a positive buzz with its latest campaign. Designer/actor Waris Ahluwalia, arguably one of the most prominent Indian American and Sikh figures in the fashion world (just check his Style.com pages), is one of the campaign’s featured faces.

Just released at the start of the month, the campaign stars a slew of personalities including Ahluwalia (as well as this year’s Unforgettable host, Lisa Ling) and has drawn a number of positive comments for the diversity in its casting.

Seen alongside artist and filmmaker Quentin Jones, Ahluwalia is seen modelling the mega-retailer’s latest holiday fashions – a puffer vest and a button down shirt.  But it’s not just the clothes that have created a buzz.  In an industry that often draws flak and criticism for its lack of diversity, the conscious decision to cast and feature Ahluwalia as one of the faces of a globally-recognized brand is undoubtedly a needed change, a powerful statement on representation and tolerance and a much-needed step forward.

Many fans have been quick to show their support.  On Gap’s Facebook page, the photo featuring Ahluwalia has already garnered over 700+ likes and quite a few positive comments.  A sampling of which is below:

Keenu Hundal Saw this ad in teh (sic) downtown San Francisco store and literally stopped in my tracks. I was so happy to see you all select a Sikh male in your new ad campaign. We need to make the Sikh male image more mainstream in order to educate the general public on who we are, so that ignorace does not breed hate any longer. Thank you, Gap!

Charu Kapoor Deshpande You guys have truly raised the advertising/marketing bar … Bravo for making a statement by setting yourselves apart and recognizing how the world had changed and is changing! Best campaign I have ever seen because you stepped outside the box!! Bravo

Suvraj Mandeep Thank you Gap. It’s such a proudest moment to finally see that major designer store has choose Sikh as there Frontwall model who is actually a pure Sikh (the one who wears Turban and has full beard). Truly, a vary proud moment for all the Sikhs. Finally, putting Gap to my top list for shopping this holiday!

With such a positive response, we can only hope that this helps mark a new, more diverse, more representative era in the often-exclusionary world of fashion. 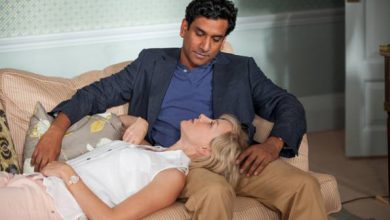 Story by Ada Tseng. Naomi Watts and Naveen Andrews star in Diana, released November 8, a biopic about a secret love affair that the Princess of Wales had with […]