You come home from work. It was a fair to middling day. Your boss didn’t yell at you, you didn’t totally cheat on your diet, and Andrew still hasn’t called. You sit down with a glass of wine, open your laptop, and start scrolling through Facebook. Brian finally tried a cronut. Jessica’s baby is growing some hair. Wow, Kris is looking really good. Tran got into that grad school? Sylvia took another vacation? Grace is engaged?!

Join the club. According to a 2013 study conducted by two German universities, one in three people felt worse and more dissatisfied with their lives after visiting Facebook. Users felt envy, loneliness and isolation, with the most common cause of Facebook frustration stemming from others’ vacation photos. The second most common cause of envy was social interaction – feeling a “lack of attention” from having fewer birthday greetings, comments and “likes” compared to friends.

These findings aren’t new. Scientists coined the term “Facebook depression” after a 2011 study found that teens could be negatively affected by using the social networking site too much. Another study published in the journal Cyberpsychology, Behavior and Social Networking, by sociologists Hui-Tzu Grace Chou and Nicholas Edge, concluded that “those spending more time on Facebook each week agreed more that others were happier and had better lives.” Students who used Facebook longer also agreed less with the statement “Life is fair.” Moreover, the more Facebook “friends” a person had whom they did not know personally, the more they believed that others had better lives. And in Chou’s most recent study, she found that those with more Facebook friends cared less about their work performance, and those who frequently updated their Facebook profile liked their current job less and were more likely to think about changing jobs.

Granted, feeling unhappy is not the same thing as depression, but it could be said that Facebook may not be the best thing for an already susceptible population. After all, Asians are arguably the most wired people in the world, and we also bear the ignoble distinction of having the highest rates of depression. According to a 2011 report by the National Alliance on Mental Illness, Asian American teenage girls have the highest rate of depressive symptoms of any racial, ethnic or gender group. In fact, Asian American girls and women aged 15 to 24 die from suicide at a higher rate than any other racial or ethnic group, and suicide is the fifth leading cause of death among Asian Americans overall (only ninth for white Americans). It’s not just young women either; Asian American women over 65 have the highest suicide rate in that demographic. And while some studies find depressive symptoms in 35 percent of Chinese immigrants, among Southeast Asians, 71 percent meet the criteria for major affective disorders such as depression.

So should we get offline altogether? Many have, or at least minimize their usage; the researchers behind the German study concluded that “users frequently perceive Facebook as a stressful environment, which may, in the long run, endanger platform sustainability.” But you don’t have to be entirely anti-social; just do it face-to-face. In her study, Chou also found that those who spent less time on Facebook and more time socializing with friends in real life were less likely to report that they were unhappy. So get out there and really like something. 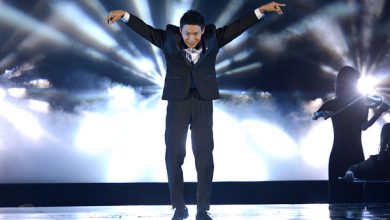 Months ago, Kenichi Ebina’s audition performance for America’s Got Talent went viral. Ebina stunned the judges and viewers nationwide with his “dance-ish” performance that included the robot, some gasp-worthy […]