Turn off the bat signal! Barbara Gordan, aka “Batgirl,” has just found her best friend for the DC Comics film.

On Jan 24., Deadline announced that the cast of Adil El Arbi and Bilall Fallah’s HBO Max feature continues to grow with the latest addition of Filipina actress Ivory Aquino. She’s taking the streets of Gotham as Alysia Yeoh, best friend and roommate of Batgirl herself (“In The Heights” actress Leslie Grace). Yeoh is described as an activist as well as a bartender, and is noted as the first openly transgender character in the history of DC Comics feature film adaptations.

This will not be Aquino’s first time playing an activist on-screen, as she first made headlines for her role as transgender activist Cecilia Chung in the 2017 miniseries “When We Rise.” In her life off-camera, Aquino has been vocal about trans rights in both the United States and her native Philippines.

The feature, which is set to be released on HBO Max later this year, is currently filming. But with a screenplay by “Birds of Prey” writer Christine Hodson and a star-studded cast that features Brendan Fraser as an unnamed villain as well as DC Extended Universe returnees J.K. Simmons (police commissioner Jim Gordon) and Michael Keaton (caped crusader Batman), the film is sure to pull in DC fans everywhere. 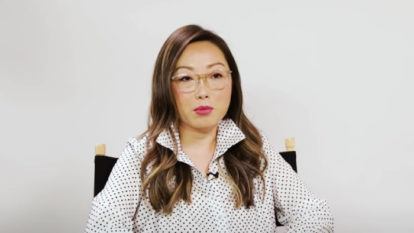 The duo have also signed a first-look TV deal with Amazon Studios.