Back in 2000, Jackie Chan teamed up with Owen Wilson for the kung fu buddy comedy “Shanghai Noon.” In 2003, they brought the action-packed humor to a sequel, “Shanghai Knights.” Now, almost a decade later, the duo are coming back for “Shanghai Dawn,” with Jared Hess (“Napoleon Dynamite”) in the director’s seat.

The “Shanghai” franchise follows the kung fu antics of Chon Wang (Jackie Chan), a Chinese Imperial guard, and Roy O’Bannon (Owen Wilson), a Western outlaw. The first film found the duo rescuing a kidnapped Chinese princess, and in the second film they tracked down the man who killed Wang’s father.

There are no details on the plot of “Dawn,” but the story was created by Miles Millar and Alfred Gough, who wrote the previous two movies and who will executive produce. Spyglass Entertainment will be producing, and Theodore Riley and Aaron Buchsbaum are writing the script.

Hess has proved he can direct a successful comedy with “Napolean Dynamite” and “Nacho Libre.” His upcoming comedy “Masterminds,” which also has its share of action, might show what we can expect from his “Shanghai Dawn.”

There is no official release date for the film yet. 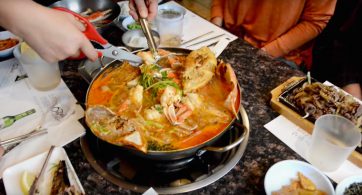 A Korean American filmmaker recently released a documentary highlighting the impact and evolution of Asian cuisine in the United States. Grace Lee, who grew up in Columbia, Missouri, released […]