A fourth installment in the popular “Rush Hour” series may be in the works, if Jackie Chan’s comments during his “The Foreigner” press tour are anything to go by.

It looks like all the pic needs is Chris Tucker. “The script probably at the end of this month will have a second draft, and next year, probably [we will] start,” Chan said. “I hope — if Chris Tucker agrees.”

We last saw Chan and Tucker chasing down the bad guys in 2007, when the third “Rush Hour” drew in $258 million worldwide. The first movie in the series came out in 1998. 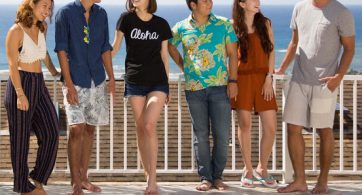 What happens when you put six young adults — three men and three women — under one roof while the cameras are rolling? In most American television, you’d expect […]