Jackie Chan plays an emotional father seeking revenge for the senseless death of his daughter in the new upcoming action film “The Foreigner.”

Regularly known for his stunts and humor, Chan seems to take a departure from his usual good-guy role in the film, which stars across former “James Bond” actor Pierce Brosnan and is directed by Martin Campbell (“Casino Royale”).

With more militant characteristics than kung fu, Chan plays Quan, a father and London businessman who sees the death of his teenage daughter in an act of political terrorism, leading him to go on a revenge mission. Brosnan plays a British official whose past may reveal the terrorists’ identities.

Chan, who was just awarded an honorary Oscar in November, shows a more focused, determined and emotional role in “The Foreigner.”

“It was important for me to do a role that was more serious, with a lot of emotion,” Chan told USA Today. As the father of a 17-year-old daughter himself, he added, “To prepare, I imagined what it would be like to be the father dealing with that situation.”

The film is set in London’s Chinatown and is an adaption of Stephen Leather’s novel “The Chinaman.”

Check out the newly released trailer for “The Foreigner” below, which is set to release October 13: 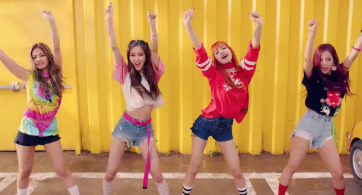