A lifetime achievement Oscar will go to Jackie Chan, the Academy of Motion Picture Arts and Sciences said Thursday.

The 62-year-old Hong Kong martial arts expert is one of the most recognizable movie stars around the globe, having found success in both China and in the United States. This year, according to Forbes, he was the second highest-paid actor worldwide, with reported earnings of $61 million.

After starring in his first movie role at age 8, and working as a Bruce Lee stuntman, Chan has made 150 films, among them franchises like “Police Story” and “Rush Hour.”

He will receive an Oscar statuette alongside Frederick Wiseman, a documentary filmmaker, Anne V. Coates, a British film editor and Lynn Stalmaster, a casting director, at the 2016 Governors Awards. 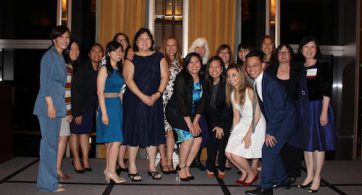