Ahead of its December release date, director James Wan took to Twitter to tease two creatures from the highly-anticipated “Aquaman.”

The two photos highlighted a hammerhead and tylosaur, according to Wan’s hashtags, and Nuidis Vulko (Willem Dafoe) and King Orm (Patrick Wilson) riding them, respectively.

The DC Comics film will tell the story of Arthur King (Jason Momoa), a half-human, half-Atlantean who must battle his half-brother for the throne to Atlantis and the title of King of the Seven Seas. He must also maintain peace between humans and the Atlanteans beneath the surface. Amber Heard, Nicole Kidman and Dolph Lundgren are among the film’s high-profile cast members.

Wilson and Wan then engaged in a back-and-forth banter over the photos.

The blue, mechanical bull you sat on?? https://t.co/rCTwoeMfso

Of course I remember. But partly because someone just tweeted it. https://t.co/dD8VkE4X7v 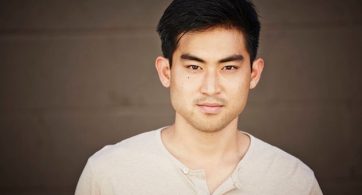 The second season of AMC’s horror anthology “The Terror,” led showrunner Alexander Woo, and executive produced by Ridley Scott, has found a leading man in Derek Mio. Set during […]