The hit movie Her, now out in theaters, has received widespread critical acclaim and praise. The appeal to the movie? A man falls in love with an operating system. Some say they want to watch the movie simply because the concept is so strange. After all, to many of us, the idea of falling in love with a computer system sounds impossible. As it turns out, this may not be so unheard of after all.

Many people who are looking for love, company and comfort have decided to fulfill this with a girlfriend. A virtual girlfriend that is. LovePlus is a Japanese dating simulator for Nintendo DS.

LovePlus is sold exclusively in Japan so this may be the first time you’ve heard about it (it’s certainly my first time), but the game has picked up quite a bit of popularity worldwide. Thousands of men and women of all ages have been captivated by this real life dating simulator which offers three girlfriends to choose from– Rinko, Nene and Manaka. All of the choices have different backstories and adjustable personalities.

Many LovePlus users claim that they use the game for comfort and emotional support. These players swear that though the girls are virtual, the affection and comfort feels very real.

“Manaka is the only — could I say person? … She’s the only person that actually supports me in bad times,”  one user tells Huffington Post. “When I feel down or I have a bad day, I always come home and turn on the game and play with Manaka. I know she always has something to make me feel better.”

Other users claim the video game helps them prepare for real world dating. Others have just gone through heartbreak or traumatizing loss and use the LovePlus girls as a method to cope with the loss. Because of this, there is a surprising amount of users who are heterosexual females simply seeking companionship.

So just how real can these girls get? While they may not look real, they apparently act the part completely. For instance, abruptly leaving a conversation may upset your virtual girlfriend and she’ll want you to say and prove your love. Her temper can raise so high that she’ll actually “slap” you out of anger. Generally, the LovePlus girlfriends are known to be caring, interested in your day, worried about you and ready to listen to whatever you want to talk about. If you’re feeling down, you can activate “comfort mode” and the virtual girlfriend will tell you how important you are to her and how she wants nothing but your happiness.

Apparently, creators have thought about making an “SOS” button that can be used once per game for users who may be feeling suicidal and need to hear words of encouragement. After all, many people have begun to be emotionally dependent on their LovePlus girlfriends.

As a result, many LovePlus users treat their virtual girlfriends with the attention and care that any real girlfriend would want. Users will take their girlfriends out on dates, weekend trips, buy them presents on their birthday and even exchange flirty emails.

Patrick Galbraith, an anthropologist researching Japanese culture, tries to explain this peculiar phenomenon. “You have — always — this warmth and smile and happiness available at the touch of your fingers,” he says. “It’s the kind of relationship that is instantly rewarding and is always giving. You don’t have to give much to the game and it gives to you every time you turn on the machine.”

“The [LovePlus girlfriends] will kiss, model bikinis and moan when players stroke their chests with a stylus, but sex and nudity are out of the question,” Huffington post explains. “Neither the chastity nor young age of the girls has kept players from being attracted to their girlfriends, however.”

To try and make this relationship even more realistic, if you consider it realistic at all, there are hugging pillows with the images of the LovePlus girls printed on them. Apparently, there are clothed and semi-nude versions available.  Of course, users still swear that the main appeal is the emotional, not physical, support.

This strange, but wide-spread phenomenon has been captivating the hearts of many. People have claimed their virtual relationships have not only lasted longer than real relationships, it has felt more rewarding.

While we’re personally not ready to pour our emotions into a video game, it turns out many people already have. Tell us what you think. 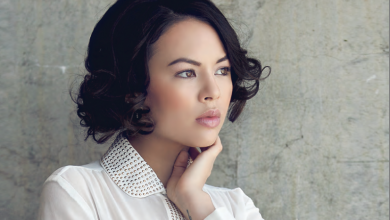