Following the release of her debut album, which was inspired by the loss of her mother to cancer, Michelle Zauner — better known as Japanese Breakfast — wasn’t sure how to approach her second record.

“It’s a very scary thing to all of a sudden go into a second record knowing people listened to the first and have something to compare it to,” Zauner said over the phone. “I was really conscious about staying true to myself and not ponder on what I thought people wanted, but focus on what felt real and good to me.”

Zauner’s follow-up to 2016’s “Psychopomp” culminated in this summer’s “Soft Sounds From Another Planet,” a sonically exciting and meditative record that focuses on healing from the grief told in her first record. With the instrumentation to match, the album is full of hazy electronics, fuzzy shoegaze synths and electronic pop that shows Zauner facing her music with more intent.

Zauner spoke to Kore as she embarks on her first headlining tour to play a slate of sold-out shows in California.

This is your first headlining tour and it’s been a bit of a long time coming. How does it feel?

It’s been crazy and a slow build. We just played Starline Social Club in Oakland and that was the first place we played in as support for Mitski and first time we’ve ever played in Oakland. It really feels full circle that a year and a half later we can come back and sell it out as a headliner. We can play longer sets. It’s like playing in front of your friends because they know your story and know your songs and who you are.

You just released your second album “Soft Sounds From Another Planet” this summer. What would you say makes this album different from last year’s “Psychopomp”?

“Psychopomp” was kind of an accident. I made the record out of necessity and it felt like this very private art project that I had used to focus myself therapeutically. With this record, I went in with a lot more intention. I had built an audience, had a label and a budget and was able to focus a lot of time in a real studio. So I think sonically, lyrically and thematically, I went in with a lot more structure and intent.

Your last record was inspired a lot by your mother. What kind of headspace were you in when approaching writing for “Soft Sounds”?

“Soft Sounds” kind of takes a few steps back and looks at humanity behind grief and understanding your grief in relation to other people’s grief, and how to move forward from that. I think it’s really easy to become very angry or scared after you go through something like [your mother’s death]. A lot of the record was trying to instruct myself and other people to take that pain and practice being wary of the trappings that come with those feelings. Don’t allow yourself to fall into a deep depression or become so scared to the fact that you can’t move or you become angry at everyone who has happiness.

I think I was struggling with becoming a person that was very shut off, and I really wanted to stay a passionate and emotional person. I was relearning how to feel those things and setting fire to the really negative parts of being a human.

What are some of the standout singles on this album that you love playing or are especially important to you?

Sonically, I was really excited by the direction that “Road Head” took because it’s a little out of my comfort zone. Craig Hendrix co-produced the record and we experimented with electronic drums for the first time — that was something that I really wanted, to experiment more with keyboards and sampling and electronic drums. Craig and I work really well together and the song ended up being a really cool, almost trip-hop song.

“Till Death” was another big influence on Craig’s part and feels almost like baroque pop and classical and kind of took a ’50s pop direction. Those are also some of my favorite lyrics that I’ve written. A true honest love song.

I read that your marriage played a big part in this album.

It will be three years [married] on October 4. We were married two weeks before my mom died, but I never really thought much about marriage. I really wanted something good to come out of all the s–t that went through my mom’s illness. It just felt like we kept losing and losing and I just wanted some lightness and something to direct the conversation away from symptoms and medications and timelines.

“Till Death” is about marriage and a long list of things that I had endured. I really felt that I couldn’t have made it through that year if I didn’t have my partner going through that. My life would be very different and much more difficult, but there’s not much you can really do but just sit there and be there for someone.

Anything we can look forward to from you in the next year?

I have a couple more music videos coming out that I really loved working on and am excited to share. I’m actually going to be staying in Korea for a while after [the Asia tour] to start writing, so I’m really excited to eat really great Korean food and finally have some time off tour to focus more on learning Korean and writing and spending time with family.

Find “Soft Sounds From Another Planet” on Zauner’s Bandcamp. Keep up with Zauner and all her tour dates on Facebook at facebook.com/japanesebreakfast. 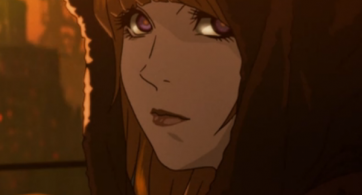