A food fair that promotes post-earthquake recovery in Japan is doing so by bringing Japanese cuisine and culture to America.

Rising Tohoku Food Fair, held inside Mitsuwa Marketplace in Torrance, California, on Saturday and Sunday, celebrated the food and culture of Japan’s Tohoku region, which was devastated by Japan’s strongest recorded earthquake five years ago. The two-day event promoted awareness of the Great East Japan earthquake, and offered visitors a variety of foods, performances and crafts from the Tohoku region.

“It has been more than ﬁve years since the unprecedented disaster, and thanks to your help, the Tohoku region is recovering and is once more becoming a robust region of abundant nature,” said Mr. Hideki Takayama, spokesperson for the Rising Tohoku Food Fair, in a statement. “We will present a variety of foods raised amidst nature, and diverse, ﬂavorful products created from them.”

The event featured food from Tohoku’s six prefectures. Guests could also join craft workshops where they could do origami and write wishes on tanzaku, colorful strips of paper usually used in Japan’s Star Festival Tanbata.

On the festival dance stage, guests were treated to regional dance performances like suzume dance from Sendai City and Hanagasa dance from Yamagata City. Also visiting the event were three city-mascots, including Musubi-maru, who resembles a rice ball in a samurai costume. 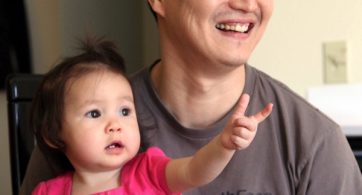 A South Korean man who was adopted to American parents as an infant is now awaiting his deportation from the United States in a Washington detention center. Adam Crapser, […]