Jeremy Lin is headed to the Los Angeles Lakers after the Houston Rockets traded the point guard to clear salary cap space for the expected free agent signing of Chris Bosh, according to ESPN.

The Lakers also receive a future first-round pick and other draft considerations. In return, the Rockets take cash and rights to an overseas player from the Lakers, according to Yahoo Sports’ Adrian Wojnarwski, a reputable NBA insider.

The Lakers will send cash and rights to overseas player to the Rockets, but no salary back, league source tells Yahoo.

When LeBron James took over the headlines earlier today by announcing his return to the Cleveland Cavaliers, the largest domino fell in the NBA’s free agency.

Lin has been caught in the middle of these conversations with multiple reports hinting that he could be headed to the Philadelphia 76ers in a trade this past week.

By sending Lin and his contract to the Lakers (worth $8.4 million), Houston would have enough cap space to sign a maximum contract with Bosh. The trade makes sense for the Lakers, too, as they don’t have to worry about absorbing the contract, which expires next summer. They hardly have any players signed at the moment, anyways.

Unfortunately, Mike D’Antoni, who was head coach of the New York Knicks during Linsanity, is no longer with the Lakers. 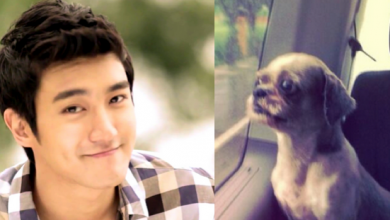 Just when we thought we couldn’t love Super Junior’s Choi Siwon any more than we already do, he goes and does some heroic act like this. Siwon has been […]