Better known for his roles in Harold & Kumar and Star Trek Into Darkness, Korean American actor John Cho is back with a new gig!

Cho will be staring in ABC’s new comedy Selfie alongside Doctor Who actress Karen Gillian.

Written by Suburgatory creator Emily Kapnek, Selfie takes inspiration from My Fair Lady to tell a story of a self-obsessed, social media crazed woman named Eliza who suffers from a highly publicized breakup. Once obsessed with getting likes, she suddenly gains much unwanted attention and “followers” when she becomes the focus of a video gone viral. In order to rid herself of this bad reputation, she looks for help from her company in hopes of repairing her ruined image.

Cho will take on the role of Henry, a confident and successful marketing expert who has a different perspective on today’s social media addiction. He decides to take on the challenge of “remarketing” his co-worker Eliza in order to change her image after the scandal.

Keep an eye out for the pilot of Cho’s new comedy that exemplifies society’s fascination with social media today. 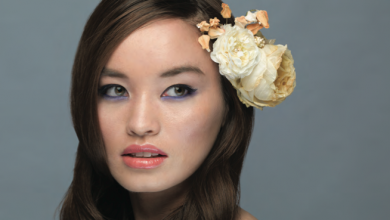 Get in on Pantone’s color of the year with tips from makeup artist Christina Choi on how to do orchid, lavender and plum on every type of eye.  For […]