What’s the difference between John Cho and Henry Higgins, the character Cho plays on ABC’s Selfie? Not much, apparently. Cho says he’s “pretty curmudgeonly about social media.” He doesn’t have a Facebook account, and although he has Twitter, he is very cautious of it — just like Higgins.

Earlier today, Cho participated in an “Ask Me Anything” Q&A, where he discussed his experiences in Harold & Kumar, Star Trek and even Better Luck Tomorrow. He also answered a few random questions from Redditors (he wants to be the next Batman!) and delved into some of the challenges he faced as an Asian American actor, from racism in the entertainment industry to finding fleshed-out roles for Asian Americans.

Here are some highlights:

How he is similar to his character Henry on Selfie:
“I am pretty curmudgeonly about social media. I don’t have Facebook and I’m on Twitter, but I go through periods where I’m scared of it, and resent it. Haha! And I don’t like how addictive it is, so I have to put it down. So I am cautious with social media, just like Henry. Henry has a better wardrobe, though,” Cho wrote.

On what drew him to the role on Selfie:
“What drew me in was the opportunity to play a character that I’m not typically asked to play,” Cho said. “I think it’s a very unique show on the tube right now. It’s got a very fun tone, and I can’t overstate this — Karen Gillan as the lead is fantastic.”

His thoughts on his co-star Karen Gillan:
“She’s an amazing actress, and a cool person to boot. It’s been a real privilege to work alongside her. You know what I find amazing? Because people in the UK are typically good at American accents, since they grow up with them? But what’s unusual about her is that she can pop in and out — she doesn’t speak American English between takes. … It’s bizarre. She’s particularly good at it.”

He added, “It’s funny. Karen is on Twitter and pretty good about tweeting. I am less of a tweeter, but have become more so as a result of the show.”

He wants to be Batman:
“I want a shot at playing Batman!” Cho eagerly wrote after being asked which Marvel or DC film role he would like to play. “Ben Affleck’s doing it next right? After Ben retires, I call next. A serious Asian tech billionaire maybe?”

His experience as an Asian American actor in Hollywood:
“I experienced racism, and in my professional life, I try to take roles (and have always tried to take roles) that don’t fall within the parameters of any Asian stereotype. And so to me, hopefully, that’s a positive thing I can put into popular culture and so maybe in some bizarrely tiny way that helps people not think of Asians in one particular way.”

On Star Trek 3:
After stating that he has absolute confidence in Star Trek 3 director Bob Orci, Cho wrote, “I don’t know anything about Star Trek 3. I’m guessing I’m in it? I just went in for a costume fitting.”

On his overall experience on American Pie:
“It felt innocent. All those actors were young. I didn’t know anyone; they were all starting out. I didn’t know anything about the business, and Chris and Paul (the director and producer) were great,” Cho said about one of his earliest films.

“It could have been a forgettable gross out movie, but what carried the day was its earnestness and its characters, even though admittedly there’s a sexual pie, a man has sex with a pie, but I think there’s a lot of imitators and they were never able to quite capture the spirit of that movie, because what that movie did was effectively capture and remember what it felt like to be that age.”

On North Korea:
“My father was born in what is now North Korea. I saw a Frontline documentary on North Korea, and … There are people who are risking their lives to smuggle in DVDS with Western pop culture movies and TV shows,” Cho wrote. “It is considered a way to fight the regime by spreading images of Western Pop culture to show that what they’ve been saying about the West is untrue. It would be really amazing if they were aware of a person of Korean descent who was part of that popular culture and output.”

He also wants to be on Game of Thrones:
“I want to up my swordplay and be on Game of Thrones,” Cho said in response to a question asking him which TV show he wish he was a part of the cast. I guess if Cho were to meet John Snow on set, the two could take turns telling each other they know nothing.

His thoughts on Better Luck Tomorrow:
“We did feel that we were making something special. And that was part and parcel of a great movement in independent cinema that came out of the 1990s, but it came out of this great fervor,” Cho wrote about the 1992 crime drama that featured an Asian American cast.

“It felt like we were pushing against a membrane and never really broke through, but I was really proud to be a part of the pushing. And maybe nothing really similar has come along, partially because the business has changed to be less about independent cinema and more about television, that’s where the interesting content is going.”

On working on the Star Trek franchise:
“I would say first and foremost it’s a real pleasure to be working with JJ and that particular cast. Everybody involved in that production is pretty much at the top. They are among the best at what they do, so it’s a pleasure that way,” he wrote. “It’s an honor to be a part of this American cultural masterpiece.”

On George Takei:
“I find George to be fascinating. First of all, I know George and have been familiar with him for all my life. I also find it amazing that he has moved past being an actor and has become an American cultural icon. It’s pretty crazy. But people who’ve never seen Star Trek know who George Takei is, and if you say ‘Oh, my’ you know it’s the dude from Star Trek.”

When asked about receiving any tips from the original Sulu, Cho responded: “He was just very encouraging with me, because I was very very nervous, and he had put in a good word to JJ on my behalf. And I didn’t know that. And it meant the world to me that he approved of my casting.”

When he refused to do an accent for a film:
When Cho was asked to do a Chinese accent for Big Fat Liar, he declined. “I quietly thought to myself, ‘I don’t want to do this role in a kid’s comedy, with an accent, because I don’t want young people laughing at an accent inadvertently,'” Cho said. He explained that despite knowing that the filmmakers’ intent was not to jab at the accent, he “didn’t want to risk it.” Fortunately, the director Shawn Levy was willing to toss the accent and develop a new character for Cho.

“I bumped into him recently, and for him he says it was his first feature, and it was really awesome from HIS perspective that it was a good reminder that actors need to feel invested and the importance of collaboration, but for ME it was important that someone understood where I was coming from politically as far as representation of Asian-Americans.”

His plans for a zombie apocalypse:
“I’m inclined to get eaten as quickly as possible and get it over with,” Cho responded, clearly amused. “I hate being chased, it’s the subject of all my nightmares. Let’s eliminate the chase.”

To read more of John Cho’s answers, check out his AMA thread on Reddit. 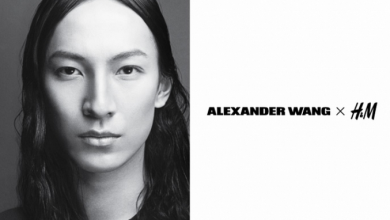 It’s a glorious moment for all of us when consumers can purchase a high-end brand fashion line at affordable prices. In less than a month, this will be a […]