“Crazy Rich Asians” director Jon M. Chu announced his efforts to bring the miraculous Thai cave rescue to the big screen, saying he will record the event with accuracy and respect.

One day after Pure Flix Entertainment, the production company behind “God’s Not Dead,” revealed its intentions to turn the historic rescue into an inspirational movie, Chu confirmed on Twitter that he is working on a second film based on the rescue.

The story of a team of 12 boys and their soccer coach who were trapped in an underground cave for 18 days in Northern Thailand has gripped international headlines for weeks.

Chu used a “#whitewashout” hashtag to tweet about Hollywood’s adaptation:

I refuse to let Hollywood #whitewashout the Thai Cave rescue story! No way. Not on our watch. That won’t happen or we’ll give them hell. There’s a beautiful story abt human beings saving other human beings. So anyone thinking abt the story better approach it right & respectfully.

He posted a few more tweets confirming his determination to develop a movie about the rescue on his own, adding that “we must tell our stories” so “history doesn’t get it wrong.”

Its a bit early 2truly discuss but the biggest lesson I learned frm making #CrazyRichAsians is that we must tell our stories especially the important ones so history doesnt get it wrong.This one is too important 2 let others dictate who the real heroes are https://t.co/ZmnSBFvPI3

The director is working with Los Angeles-based Ivanhoe Pictures on the movie, according to Variety. The company announced that it is in talks with top officials in Thailand on the project. Multiple studios have reportedly expressed interest in the film. 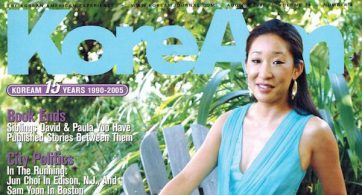 In the 70-year history of the prestigious Emmys, no Asian woman had ever been nominated in the lead drama actress category — until today. Sandra Oh made history Thursday […]