“You can take the boy from the island / But not the island from the boy,” Justin Kawika Young sang in one of his early 2000 singles, “Never Forget Where I’m From,” during his days of Hawaiian radio play.

Since then, the young singer-songwriter, who grew up playing island music for years, has left his sun-drenched paradise for the mainland, where he now records under the name Kawika Young, blending his love of ’90s R&B and acoustic pop.

Raised on the island of Oahu, Young has an extensive background in music: he wrote and recorded his first album at 17, picked up several Hawaiian Music Awards for his second album “Soothe You,” has recorded a total of 13 Hawaiian records and toured as the main backup guitarist and vocalist for singer-songwriter Colbie Caillat.

What was it like growing up in Hawaii before transitioning to music in the mainland?

In Hawaii, everyone plays. I grew up carrying a ukulele around school and every party turned into a jam session. It’s not like you’re either a musician or you don’t play music, people play for fun just because they love it. I really wanted to get beyond island music. Coming up [to California], it definitely took me a couple years to figure out where to play, how to get shows. My experiences in L.A. made me a better songwriter and musician. I’ve lived in Nashville for about a year [now] and it’s pretty unique in that the songwriters are kind of the stars of the city. They really value good songs and melodies, so I find that to be refreshing.

You came out with your first album at 17. How did that opportunity happen?

I fell in love with music in the eighth grade. I took piano lessons as a kid but I hated practicing. I’d learn songs by ear instead of practicing or reading music. I learned ukulele and picked up the guitar and was writing songs for girls that I was in love with that I was too shy to talk to. Then I [told myself], ‘This is what I’m going to do,’ and I focused in on it. I did a talent contest in high school and there was a recording studio that donated time for us. The next year, they offered me a record deal.

You’ve been playing guitar and singing with Colbie Caillat, who is now your fiancée, for the past decade. How did you two initially link up?

I was playing in Los Angeles with a friend of mine from Hawaii who knew Colbie. His friend was at the show and told me, “You gotta meet this girl, you guys would love each other’s music.” Colbie just had her stuff on MySpace and we met through them, became friends. A couple months later, she got signed to her record label, and a year later she went on tour. They were looking for another guitar player who could also sing background vocals like a girl. Fortunately, I can sing in my falsetto pretty well, play guitar and we’re friends, so I joined the band. That was about 10 years ago.

How instrumental was that moment to your career?

It really saved me from becoming a really cynical musician. I’ve been playing in L.A. for a long time, playing four-to-five-hour solo gigs at bars every night, and it was a grind. I went from that to playing on “The Tonight Show” and playing these big tours and it really saved me from going down a dark path. Years after I started touring with her did we actually start dating, so it’s been good for both of those things.

What is one of the most valuable things you’ve learned in this industry as a musician?

It’s really important to be authentic and be yourself. Even though it seems like people will tell you [that] you should be trying to do something other successful people are doing, I feel like the ones who have really sustained success and made things that are timeless are being themselves and being honest and open. The trick is to figure out who you are and what makes you different. Lean into those things, even though there might not be a template for that that’s successful. … I think talent is something that you earn and not something that you’re born with. I think that’s something that I’ve learned as an adult that was really empowering. It’s really easy to see people be badass, but most really put in the time. I really feel like talent is something that you can earn.

Anything we can look forward from you in the near future?

I’ve got a documentary, “My Hero’s Shadow,” that I directed. I’m working on a new project in Hawaii, am in a new band called Gone West with Colbie and two of our friends in Nashville, and [have] my own projects as well. 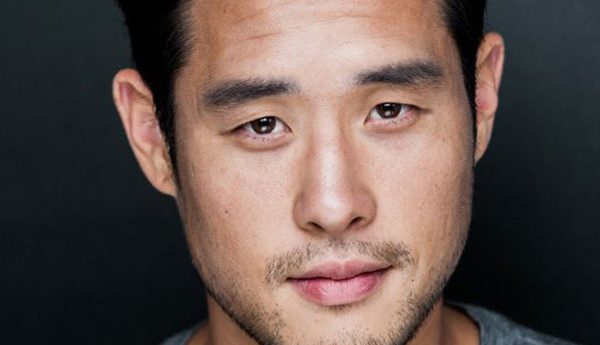 “Here and Now,” the new HBO series by Alan Ball (“True Blood”) starring Raymond Lee, will debut Feb. 11 for a 10-episode first season, according to Deadline. Lee will […]